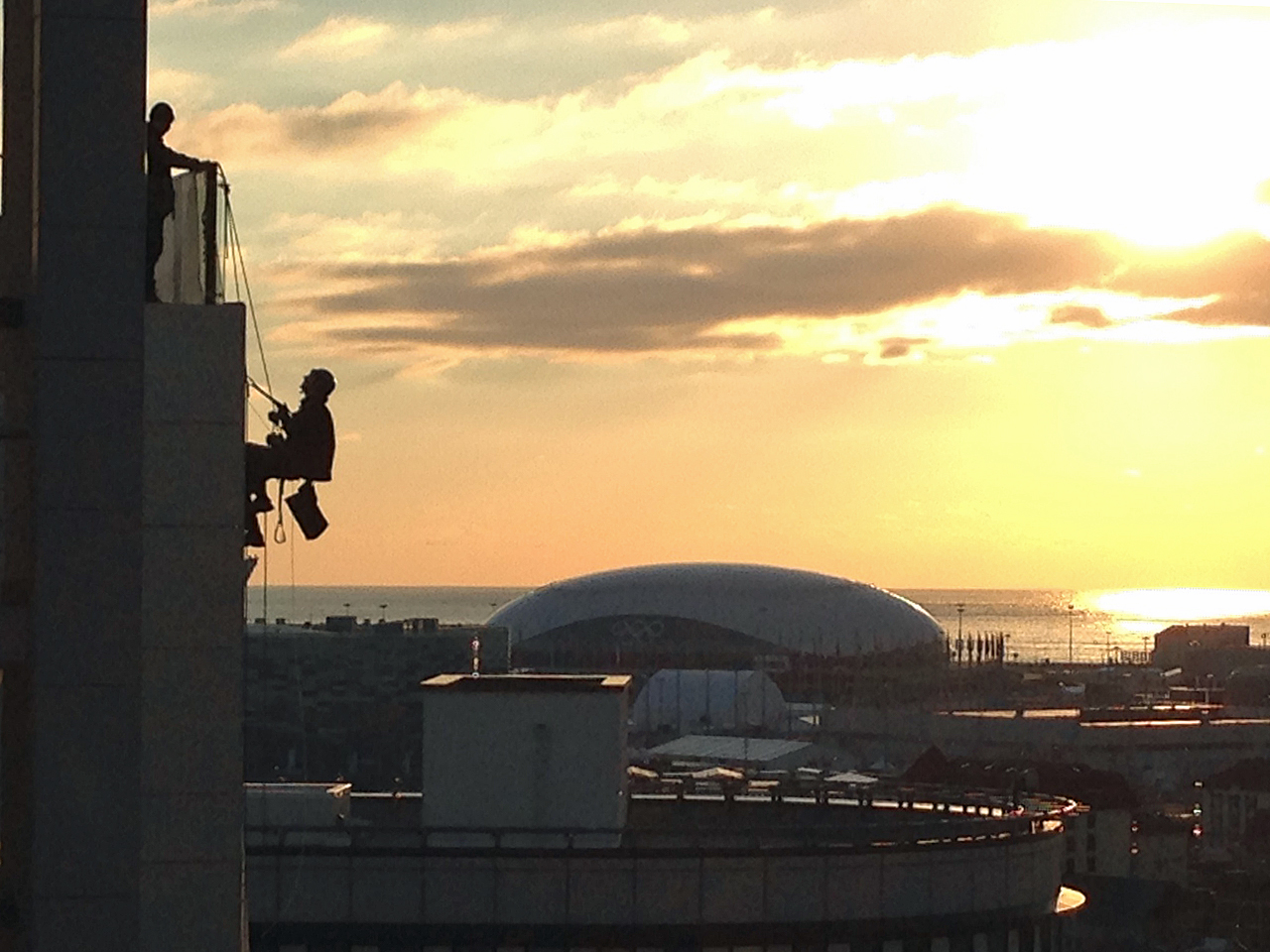 SOCHI, Russia -- Just days before the Opening Ceremonies of the Winter Olympic Games, Sochi has a readiness problem. For the visitors, corporate sponsor executives, journalists and sports fans pouring in from around the world to this resort town on the shores of the Black Sea, there may be room at the inn -- but the inn isn't ready for business.

The Sochi Organizing Committee admits only about 60 percent of the hotels set aside for international media in the mountain area, where the Olympic skiing and jumping events will take place, are fully operational.

CBS News visited one new hotel a stone's throw from the Fisht Olympic Stadium, closer to the Black Sea coast, which wasn't ready for the planned ribbon cutting.

Construction workers were still hammering, drilling and laying tile -- between cigarette breaks -- on the property as guests stepped over power tool cords on their way to check in at reception. During a stop at another hotel, we saw rooms without lights, heat, even ceilings in some cases.

The problem has the International Olympic Committee worried, with Olympic executives putting pressure on Sochi organizers to step up the work before Russia's first-ever Winter Games get underway.

"We've alerted them that a lot of people are coming in, and particularly of the difficulty still in the mountains," the IOC's press commission chairman Kevan Gosper told reporters over the weekend. "They are aware it's a serious issue."

The Olympics aren't just the world's most celebrated sporting event, they can also serve to jump-start sustainable business and tourism investment for the cities that host them. The successful rejuvenation of Atlanta's downtown after the 1996 Summer Games is a strong case in point.

While the short-term headlines from Sochi about security concerns, Russia's controversial policies on gay rights and the reported $51 billion price tag present a challenge now, a spate of bad hospitality reviews could hurt Sochi's ability to transform from Olympic Host city, into a year-round tourism destination.

Filed by correspondent Alphonso Van Marsh, based in the CBS News London Bureau (on Twitter: @AlphonsoVM)