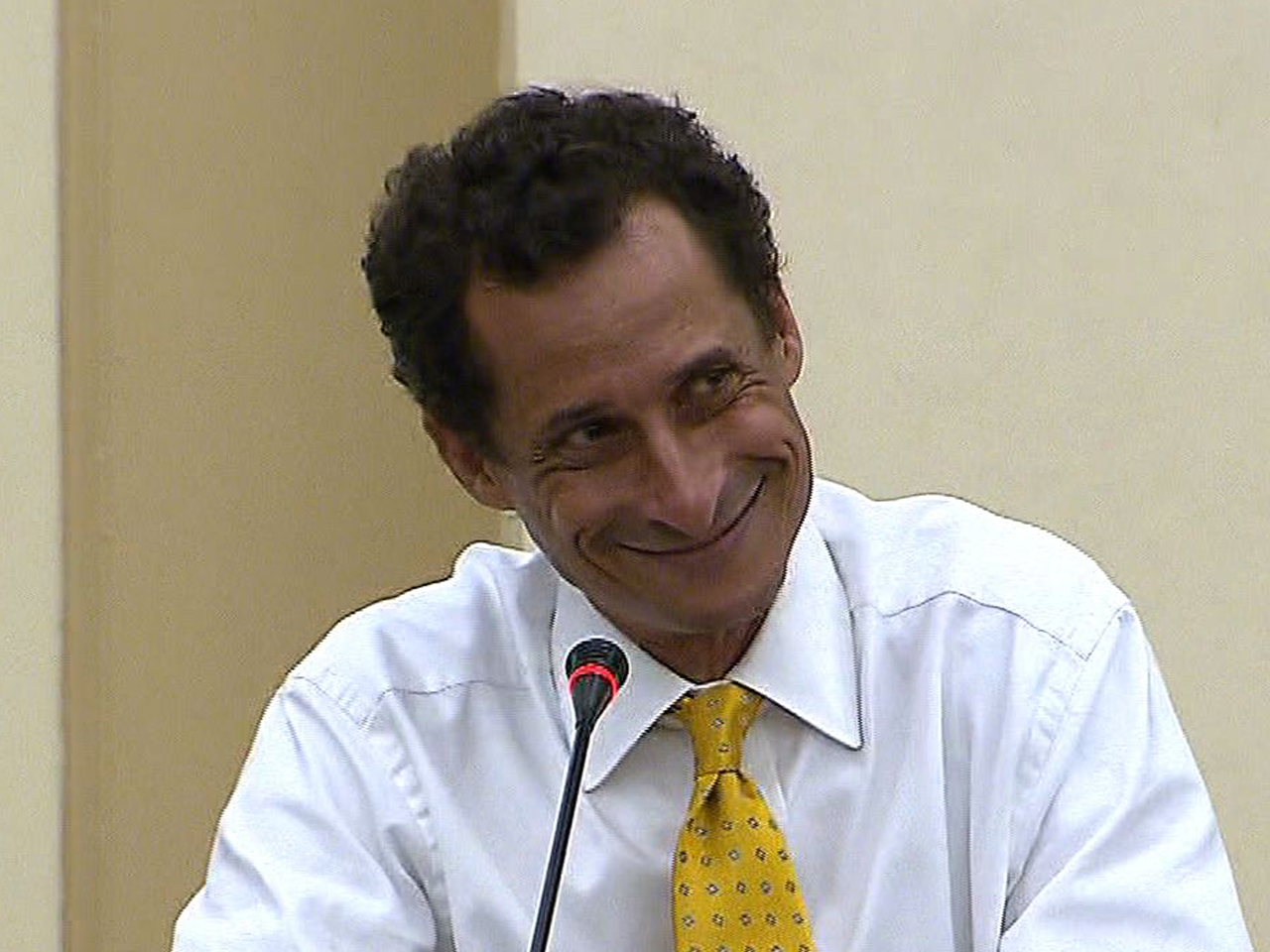 Anthony Weiner engaged in three online sexual relationships after he resigned from Congress, he told reporters after a mayoral campaign event in Brooklyn. This acknowledgment came two days after Weiner admitted he sent an unidentified woman the explicit messages she disclosed on Tuesday.

An NBC 4 New York/Wall Street Journal/Marist poll out Thursday shows Weiner slipping significantly behind City Council Speaker Christine Quinn - by nine points.  Weiner led Quinn by six points in a poll out Wednesday, that included one day of data from the latest report of "sexting." Weiner on Wednesday said he has exchanged lewd online messages with six to 10 women.

Though she refrained from telling him to leave the campaign, House Minority Leader Nancy Pelosi, D-Calif., admonished Weiner on Thursday as he continues to pursue a bid for New York mayor. Roping in San Diego Mayor Bob Filner - who has been accused of sexual harassment - Pelosi instructed the two men to to "get a clue" and seek therapy "in private."

"The conduct of some of these people that we're talking about here is reprehensible," Pelosi said. "It is so disrespectful of women, and what's really stunning about it is they don't even realize it. They don't have a clue."

Amid mounting pressure to leave the New York City mayoral race, Weiner has continued his campaign - now a mix of apologizing and justifying his candidacy.

"I thought these things would come out by the end of the campaign, and some of them have," Weiner said on Wednesday, according to WCBS. "Look, I am pressing forward, running a campaign about the issues and I'm getting a good response."

Several news outlets named Sydney Leathers, 23, as the latest woman whom the former congressman acknowledged engaging in raunchy online and phone conversations. He first contacted her on Facebook a week after he resigned, according to the New York Daily News.

The gossip blog that released Weiner's latest exchange, The Dirty, reports Leathers' interaction with Weiner continued for six months. Weiner hasn't confirmed timeline details of his online relationship with Leathers, but insists that it's part of his "past life."

"I have nothing to say except God help New York if he gets to be mayor," Laura Leathers told the New York Daily News. "You can print that."

In 2011, then-Rep. Weiner accidentally posted a photo of his crotch publicly on Twitter. After initially claiming he'd been hacked, the New York Democrat admitted to having "inappropriate" online relationships with several women and resigned.

Early in his mayoral campaign, Weiner acknowledged more women could reveal his raunchy online behavior beyond what the public knew. He didn't report how recently the exchanges took place until July 23, but insists they ended by August 2012.

Unlike Eliot Spitzer's wife - who has physically, not vocally, stood by her prostitute-patronizing husband (now running for NYC comptroller) - Weiner's wife Huma Abedin verbalizedher decision to remain with and support Weiner despite his scandal.

"I love him, I have forgiven him, I believe in him and as we have said from the beginning, we are moving forward," Abedin said during a press conference Tuesday with her husband.

Two New York congressmen, three other NYC mayoral candidates and two major newspapers have called on Weiner to resign. But the 48-year-old has resisted, telling his supporters in an email on Wednesday that he'll "never quit."

"With 47 days left until the primary, some powerful voices are making it clear that they still don't want me to run," Weiner wrote. "This race for Mayor isn't about me. It's about you. And I'll never lose sight of that."