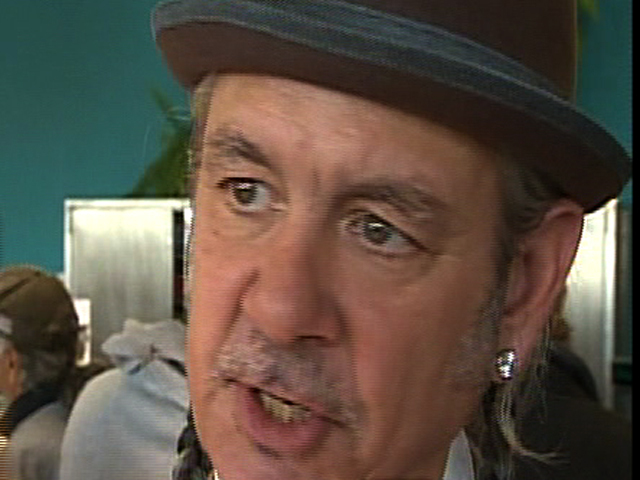 Over the past 15 years, more than a dozen states have legalized marijuana for medical use, easing pain and helping the seriously ill.

But, reports CBS News correspondent John Blackstone, the federal government claims what began as a humanitarian effort is becoming a criminal enterprise.

Business is brisk at a medical marijuana dispensary that claims to be the biggest in the country. Steve DeAngelo, of the Harborside Health Center in Northern California, told CBS News the facility sees 600 to 800 patients a day.

Full coverage of the marijuana controversy in the U.S.

"Of course, it is a very unique facility -- what patients can't find anywhere else," he said.

DeAngelo opened the center in Oakland five years ago. Now he supplies some 95,000 people with a vast array of "medicines" made from marijuana, though he prefers the term cannabis.

Harborside is a $22 million a year operation run out of an anonymous warehouse. Still, DeAngelo doesn't keep a low profile. Harborside is currently the subject of a Discovery Channel documentary series called "Weed Wars."

California is one of 16 states that have approved marijuana for medical use, but that conflicts with federal law, which says any use of marijuana is illegal. And now, U.S. attorneys across the country are cracking down.

Melinda Haag, the U.S. attorney for Northern California, is among those pointing to abuse of what was to be an effort to help the sick.

"Where there's marijuana, there's money. And lots of it,"  Haag said. "People are using the cover of medical marijuana to make extraordinary amounts of money. In short, engaged in drug trafficking."

The federal government did not send armed agents into DeAngelo's Harborside facility. Instead, it sent tax accountants from the IRS.

Speaking of that encounter, DeAngelo said, "They declared us a drug trafficking operation, and therefore denied all of the standard business deductions that every other business can take, for things like rent and payroll, and they gave us a $2.5 million back tax bill."

As DeAngelo fights his tax bill, in Fairfax, Calif., Lynette Shaw, who runs the oldest dispensary in the state, is fighting eviction that could force her to close after 14 years.

"It's so mean," Shaw said. "It's so inhumane that I'm brokenhearted and I'm appalled and I'm shocked. And I'm righteously indignant."

A recent CBS News poll shows 40 percent of Americans believe marijuana should be legalized, though 77 percent say doctors should be allowed to prescribe it for serious illnesses.

"The commercial marijuana industry ignores the significant restrictions imposed by state law, and now revel in what some in the marijuana business call the new California Gold Rush," U.S. attorney, Andre Birotte, of the Central District, said recently.

That it has become big business is undeniable. But DeAngelo argues that, if people can't get their medicine of choice at places like Harborside, they will get it on a street corner.