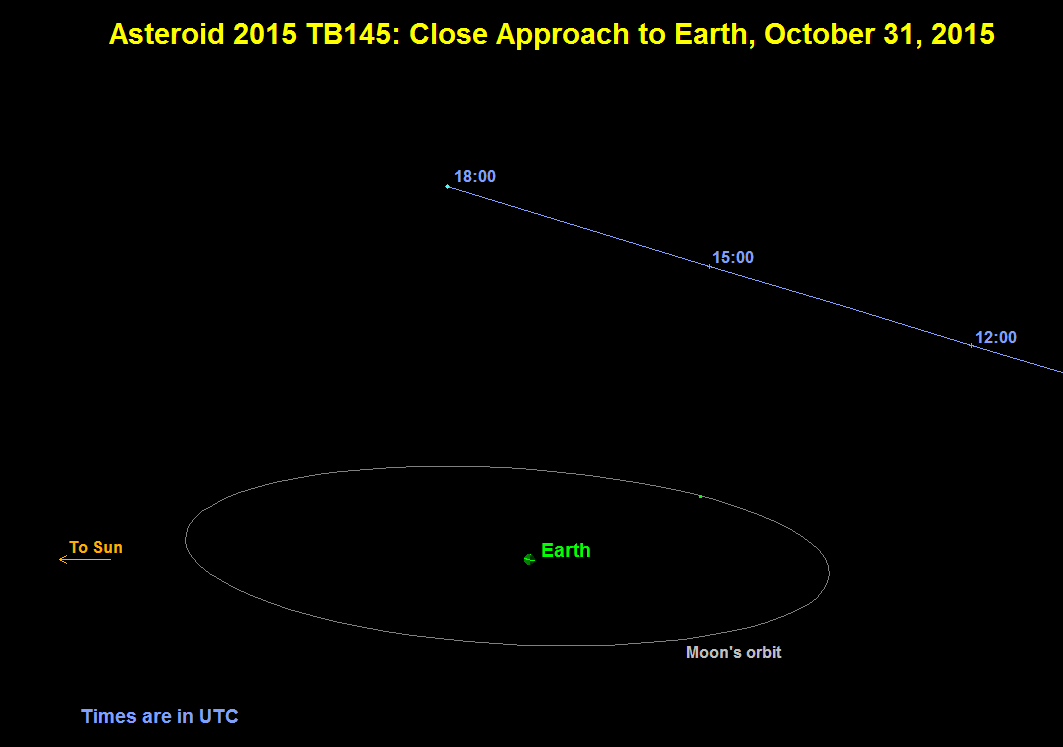 The Earth will have its closest encounter with an asteroid in more than a decade this Halloween, as a so-called Near Earth Object zooms safely by the planet on Saturday. The asteroid is expected to pass by at 1:01 p.m. ET.

NASA scientists are currently tracking the asteroid's path using the optical observatories and radar abilities of its Deep Space Network at Goldstone, California, according to a NASA press release.

While it has been nicknamed both "Spooky" and the "Great Pumpkin," the rock's official name is the less festive "2015 TB145." Experts say it will shoot past Earth at a distance of about 300,000 miles -- about 1.3 times the distance of the moon's orbit.

Its close approach, "coupled with its size, suggests it will be one of the best asteroids for radar imaging we'll see for several years," said Lance Benner, of NASA's Jet Propulsion Laboratory, who leads the asteroid radar research program.

The asteroid was discovered earlier this month, and astronomers have been gathering images of it to learn more about its orbit, size, and speed.

If you want to catch a glimpse before you head out for trick-or-treating, the online Slooh Community Observatory will provide a live webcast of the event starting at 12:30 p.m ET Saturday.

Spooky is about the size of a football stadium, but NASA researchers have emphasized that this space rock -- much like Casper -- is friendly and poses no danger.