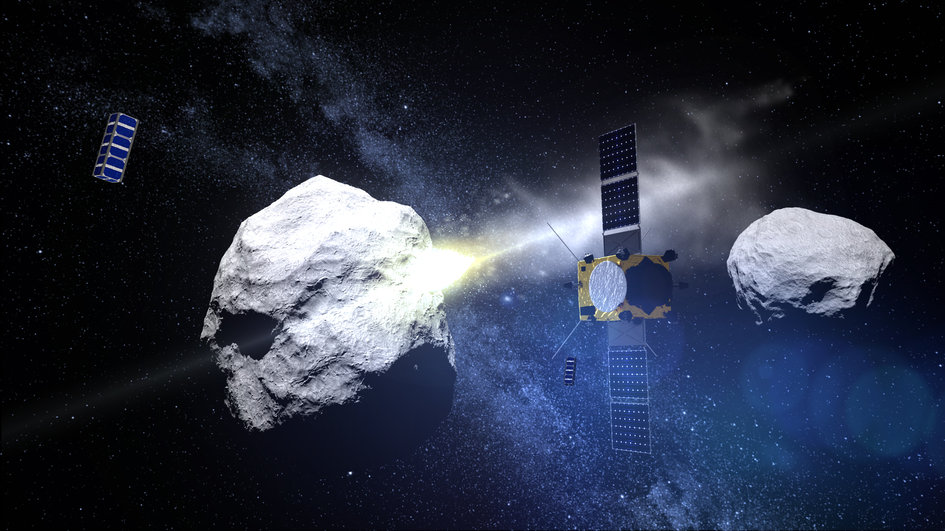 On June 30 more than a century ago, a huge asteroid plowed into Siberia - an impact so powerful that the blast felled 80 million trees over an 800-square-mile area.

To remember the 1908 Siberian Tunguska Asteroid Impact and raise awareness about the risk it could happen again, scientists came together Tuesday for the first-ever Asteroid Day. A mix of education, entertainment and science, the day features events from London to San Francisco explaining threats posed by space rocks and what can be done to prevent another impact.

"Asteroids are the only natural disaster we know how to prevent and protecting our planet, families and communities is the goal of Asteroid Day," said Grigorij Richters, producer of the asteroid-themed movie "51 Degrees North" and co-founder of Asteroid Day. "Asteroids teach us about the origins of life, but they also can impact the future of our species and life on Earth."

Most of what people know about asteroids comes from movies like "Deep Impact" or "Armageddon," or because they've heard that an asteroid triggered global disasters that led to the extinction of the dinosaurs 65 million years ago.

But asteroids are not just the stuff of science fiction or ancient history. In January, a huge asteroid passed close to Earth - within 745,000 miles (1.2 million kilometers) of our planet. NASA said it was the closest any space rock is expected to come to Earth until asteroid 1999 AN10 flies past in 2027, but there could be other close calls scientists aren't expecting.

In 2013, an asteroid exploded over Chelyabinsk, Russia - creating a fireball brighter than the sun and an explosion that was as powerful as about 40 Hiroshima-type bombs.

NASA seems to concur that the threat has to be taken seriously.

Earlier this month, NASA signed a deal with the National Nuclear Security Administration to look into the nuclear option should they discover that an asteroid was on a collision course with Earth. The space agency currently only tracks about 10 percent of the 1 million asteroids in our solar system with the potential to strike Earth, according to Asteroid Day.org.

The European Space Agency, meanwhile, convened a meeting Tuesday with emergency response officers from Switzerland, Germany, Luxembourg, Romania, Sweden and the United Kingdom to discuss how to respond to the asteroid threat.

"Planets can't hit us, while comet debris doesn't survive to strike our surface. But asteroids -- chunks of stone or metal -- arrive by the thousands every day, and are responsible for nearly all of the 50,000 catalogued meteorites," Slooh astronomer Bob Berman said. "The largest asteroids are fascinating to observe, while the hazardous ones need to be watched while defenses are being conceived."

In December, astrophysicist Dr. Brian May (who was also a founding member and lead guitarist of the rock band Queen) joined Lord Martin Rees, UK Astronomer Royal; Bill Nye, the Science Guy; and astronauts Rusty Schweickart, Ed Lu and Tom Jones to launch Asteroid Day. In their mission statement, they said their goal was nothing short of ensuring the survival of future generations.

As part of that, they also announced the 100X Declaration, which calls for a 100-fold increase in detection and monitoring of asteroids.

"The more we learn about asteroid impacts, the clearer it becomes that the human race has been living on borrowed time," May said. "Asteroid Day and the 100X Declaration are ways for the public to contribute to bring about an awareness that we can get hit anytime. A city could be wiped out any time because we just don't know enough about what's out there."

But to understand the threat, scientists need to know what makes asteroids tick. Several space agencies are planning missions to study asteroids and those are likely to be part of the discussion Tuesday.

NASA announced in March that it plans to launch a mission in the mid 2020s that will robotically pluck a sizable boulder from the surface of an asteroid and return it to the vicinity of the moon for analysis by spacewalking astronauts. A similar, six-year mission was launched last year by Japan.

Others see a business opportunity in asteroids. One such project - backed by Google CEO Larry Page and Executive Chairman Eric Schmidt and explorer and filmmaker James Cameron - calls for using commercially built robotic ships to squeeze rocket fuel and valuable minerals like platinum and gold out of the lifeless rocks that routinely whiz past Earth.

Whether they're concerned about protecting Earth from asteroids or looking for ways to make money off them, space fans can get their fill by watching Asteroid Day presentations streamed live online.