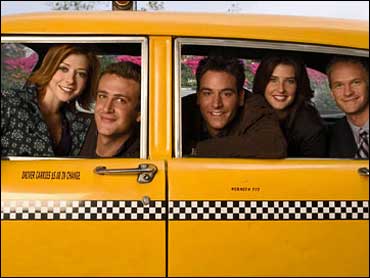 Stars from "Two And A Half Men," "CSI: Miami," "The Big Bang Theory," "How I Met Your Mother," and "Rules Of Engagement" walked the red carpet in an event hosted by Leo Quinones of CBS Radio's KLSX-FM.

Viewers were able to watch the event live by logging on to CBS Radio's "Live From The Web Carpet" webcast at webcarpetlive.com beginning at 11:00 p.m. ET/8:00 p.m. PT. It was also be available on demand immediately following the webcast.

In addition, CBS Radio websites across the country and CBS.com simulcast the program.

CBS Radio's "Live From The Web Carpet" debuted in June 2007, and has featured live coverage of the red carpet Hollywood premiere of blockbusters "Transformers" and "The Bourne Ultimatum."
(c) MMVII, CBS Interactive Inc. All Rights Reserved