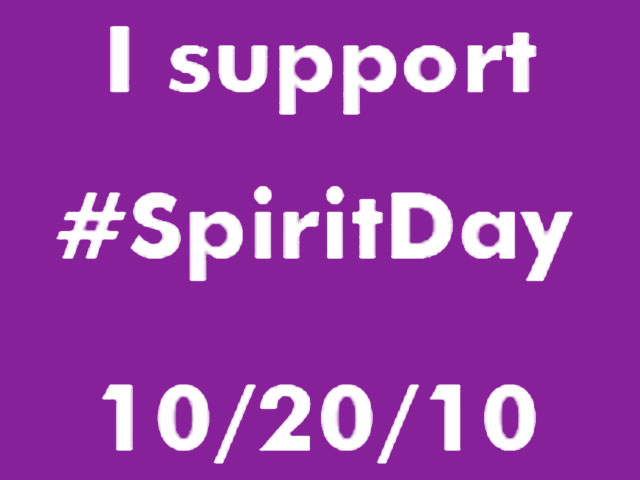 COLUMBIA, S.C. (CBS/WLTX) The Gay and Lesbian Alliance Against Defamation is asking Americans to wear purple on Oct. 20 to show their efforts to support the end of anti-gay bullying.

GLAAD has set up a website that lists a number of steps participants can take to help stop the bullying of gay, lesbian,  bisexual and transgendered people.

Organizers say those who participate in "Spirit Day" can change their Facebook profile picture and/or Twitter profile to reflect that they're wearing purple for the occasion, reports CBS affiliate WLTX.

According to GLAAD's website, the event was created by teenager Brittany McMillan earlier this month, following several high profile suicides following alleged anti-gay bullying in September. Rutgers University Freshman Tyler Clementi jumped off the George Washington Bridge after his roommate allegedly broadcast video of Clementi having sex with another man online. Seth Walsh, a California 13 year old, committed suicide after reportedly being bullied because he was gay.

Facebook pages have also been set up by several participants, one with the message that "This event is not a seminar nor is it a rally. There is NO meeting place. All you have to do is wear purple."