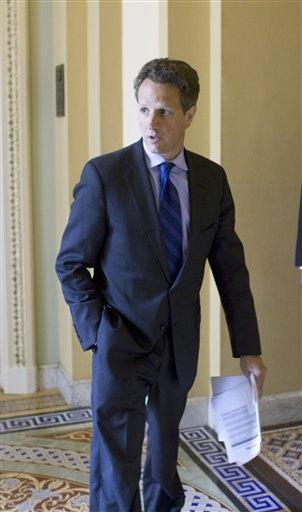 Hundreds of chemical weapons found in Iraq were produced before the 1991 Gulf War and probably are so old they couldn't be used as designed, intelligence officials said Thursday.

Two lawmakers — Sen. Rick Santorum, R-Pa., and House Intelligence Chairman Peter Hoekstra, R-Mich. — on Wednesday circulated a one-page summary of a military intelligence report that says coalition forces have recovered about 500 munitions with mustard or sarin agents, and more could be discovered around Iraq. "We now have found stockpiles," Santorum asserted.

But intelligence officials, who spoke on condition of anonymity because of the subject's sensitive nature, said the weapons were produced before the 1991 Gulf War and there is no evidence to date of chemical munitions manufactured since then. They said an assessment of the weapons concluded they are so degraded that they couldn't now be used as designed.

They probably would have been intended for chemical attacks during the Iran-Iraq War, said David Kay, who headed the U.S. weapons-hunting team in Iraq from 2003 until early 2004.

He said experts on Iraq's chemical weapons are in "almost 100 percent agreement" that sarin nerve agent produced from the 1980s would no longer be dangerous.

"It is less toxic than most things that Americans have under their kitchen sink at this point," Kay said.

And any of Iraq's 1980s-era mustard would produce burns, but it is unlikely to be lethal, Kay said.

Asked about the potential danger to U.S. troops, Defense Secretary Donald H. Rumsfeld said: "They are weapons of mass destruction. They are harmful to human beings. And they have been found."

The newly declassified military intelligence report was released Wednesday by National Intelligence Director John Negroponte. Santorum and Hoekstra had urged him to release the report this week during congressional debates on Iraq.

The senior Democrat on the House Intelligence Committee questioned the timing of the report's release. "What worries me is that the intelligence community — Ambassador Negroponte in particular — may be playing a partisan role in the 2006 election," California Rep. Jane Harman said.

Hoekstra said the document is not a "smoking gun." But he hinted that the chemical agents could be significant because they may have been added to the discovered artillery shells after the first Gulf War. He noted that one of the declassified findings says the munitions could be lethal.

"David Kay says anything produced prior to 1991 is not lethal anymore, so what is the discrepancy here?" Hoekstra said. "I am 100 percent sure if David Kay had the opportunity to look at the reports that describe these things, he would agree with the finding that ... these things are lethal and deadly."

Intelligence officials said the munitions were found in ones, twos and maybe slightly larger collections over the past couple of years. One official conceded that these pre-Gulf War weapons did not pose a threat to the U.S. military before the 2003 invasion of Iraq. They were not maintained or part of any organized program run by Iraqi leader Saddam Hussein.