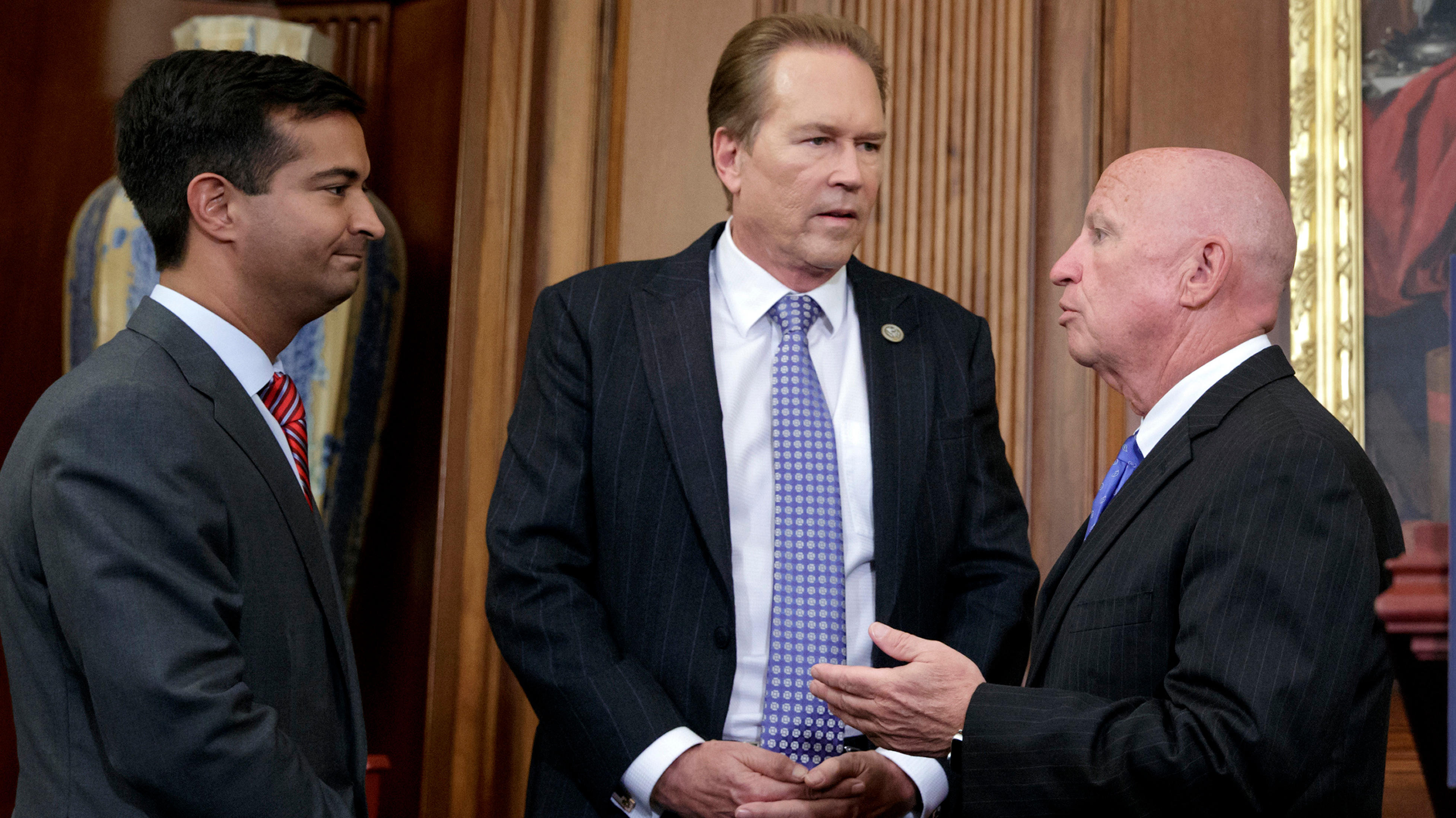 As Republicans streamed out of Washington in late January for their annual retreat, dozens of them headed to Union Station near the U.S. Capitol to catch a train to the luxury Greenbrier resort in West Virginia. Rep. Vern Buchanan wasn't among them. The Florida lawmaker made the short trip in his Embraer Phenom 300, an executive jet that costs around $9 million.

Already one of the wealthiest lawmakers on Capitol Hill, Buchanan could become even wealthier after he and other Republicans muscled a sweeping rewrite of the U.S. tax code through Congress late last year that includes breaks for the real estate and automobile industries that generate most of his income.

The potential windfall for Buchanan — worth at least $80 million and perhaps much more — echoes on a smaller scale how favorable the new tax law is to President Donald Trump, whose fiery populism won him support from struggling American workers and families. While Mr. Trump and Republican allies have billed the tax law he signed as a victory for a stressed middle class, the $1.5 trillion package provides the most significant tax cuts for corporations and the most prosperous Americans.

Not a single Democrat in the House and Senate voted for the legislation, which they've depicted as a payout to the GOP's largest donors. Seeking to convince voters otherwise, Republicans have trumpeted announcements from companies that credit the overhaul as the reason their workers are getting bonuses and wage increases.

But the biggest winners are those who are already doing well.

The nonpartisan Tax Policy Center estimated that for the richest 0.1 percent — those making over $3.4 million — the tax cut should be worth 2.7 percent of their after-tax income. For middle-income earners, it's 1.6 percent, according to the center. And only high-income people would get a meaningful tax cut after 2025, when nearly all the plan's individual income tax provisions are due to expire.

The tax code overhaul is especially generous to real estate businesses and car dealerships, many of which are organized as "pass-through" companies. That means they pay personal income tax on business earnings. The new law allows them to reduce their taxable business income by 20 percent.

The bedrock of Mr. Trump's personal fortune is real estate, and his company, the Trump Organization, is made up of about 500 pass-through entities, according to his lawyers.

Buchanan's online biography describes him as a self-made businessman who grew up in a blue-collar household and worked his way through college. He once owned nearly 20 auto franchises but sold off most of them since being elected to Congress in 2006.

He earned at least $4 million in 2016 from real estate holdings, automobile dealerships and other assets, according to an Associated Press analysis of his most recent financial disclosure. He's the managing member of or a partner in nearly 20 limited liability companies, or LLCs, which are the most common type of pass-through company.

His congressional office provided a brief statement but didn't respond to the AP's questions about how the tax law would benefit him and about whether he advocated for specific provisions as a member of the House committee that played a central role in crafting the tax plan.

"This isn't about Vern, it's about the tens of thousands of small businesses that have been unfairly penalized by high taxes," spokesman Riley Ploch said in a statement. "Local mom and pop stores and medium-sized businesses should not face a higher tax rate than Exxon Mobil and other large corporations."

The version of the tax bill that Buchanan and other House Republicans approved in November also preserved the interest deduction that's prized by car dealers. They rely on what are known as "floor plan loans" to buy cars from manufacturers and then hold the vehicles in their inventory. The House agreed to allow dealers to keep deducting 100 percent of the interest they pay on these lines of credit.

But the Senate Finance Committee refused to go along. That touched off alarms at the National Automobile Dealers Association, the trade group that represents thousands of dealerships across the United States.

Charles Gilchrist, a member of the association's board of directors and a Ford dealer in Weatherford, Texas, warned at the time in an op-ed piece he wrote for The Fort Worth Star-Telegram that cutting back the deduction could increase his tax bill by $650,000.

Lawmakers eventually decided to keep the deduction in the bill Mr. Trump made law.

Buchanan, as a member of the House Ways and Means Committee, had more of a hand than most lawmakers in putting the tax bill together. And he'll play a central role this year monitoring how the Treasury Department and IRS implement the law. He was selected in January to head the panel's subcommittee on tax policy.

Members of Congress are required only to report their assets, income and liabilities in broad ranges, making it impossible to know precisely how they're affected by the tax law. Buchanan's assets in 2016 ranged from $101.5 million to $269.5 million, according to his financial disclosure. His outstanding liabilities were between $21.3 million and $105.7 million.

One of his larger liabilities — between $5 million and $25 million — is a loan for the Phenom 300. FAA records show that the jet was manufactured in 2016 and is owned by an LLC called Aircraft Holding and Leasing that Buchanan formed in 2002.

Buchanan arrived in West Virginia hours ahead of his GOP colleagues, according to the flight tracking service Flightwise. They were delayed when their train slammed into a garbage truck at a rural rail crossing in Virginia, killing a trash collector.