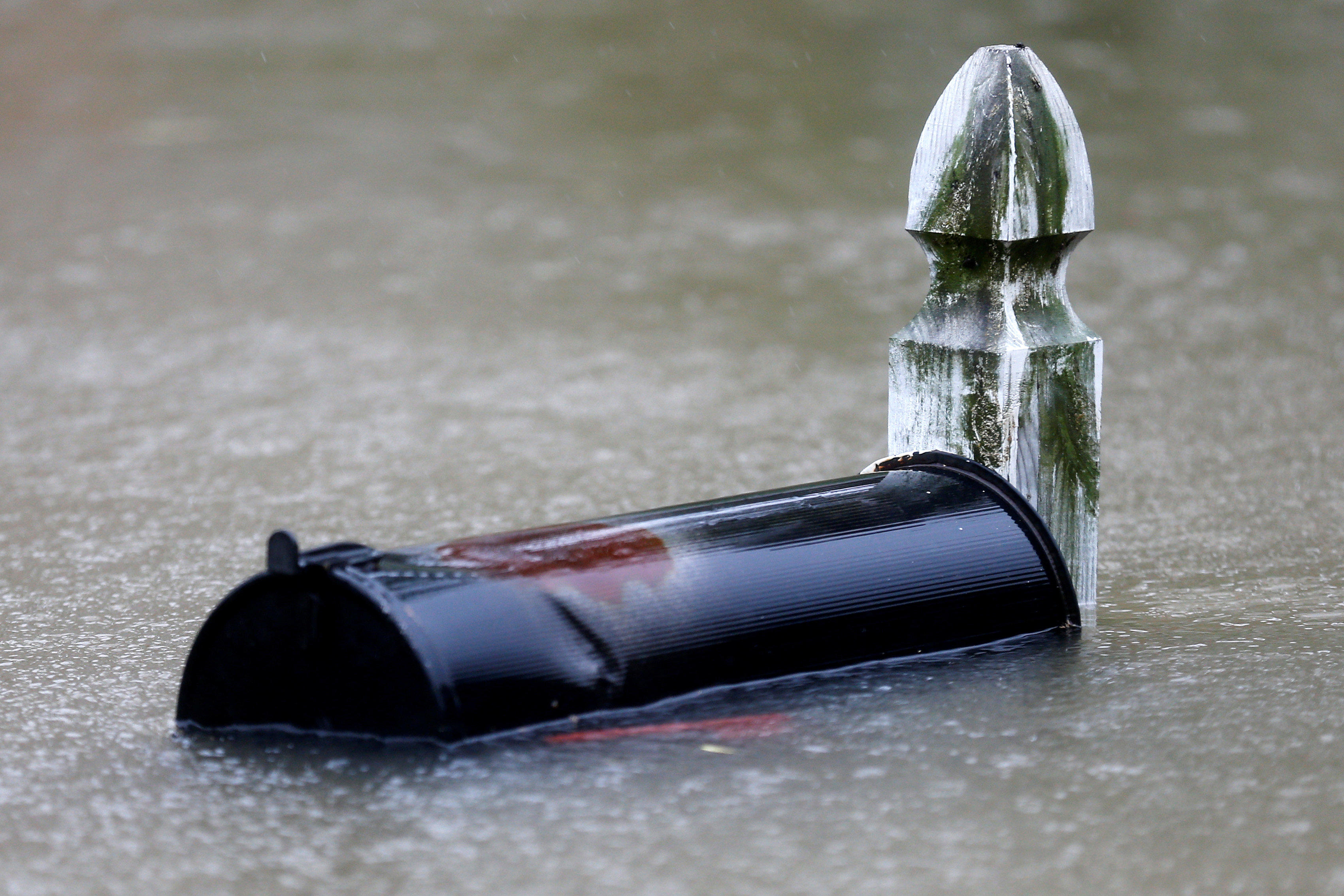 WINNIE, Texas -- Anticipating the path of a storm can be a challenging and unpredictable endeavor. But with the same blind luck that you can so easily miss a hurricane's landfall, you can just as readily stumble upon an epicenter of torrential rainfall, flooding and devastation that no one could have anticipated. And for us this week, that's precisely what occurred in Winnie, Texas.

On Sunday night, our crew flew into New Orleans with the intention of stocking up on water, granola bars and waders, then driving toward the unprecedented flooding in Houston from Hurricane Harvey's aftermath. En route, we met the men and women of the so-called Cajun Navy, barreling toward the people of Houston with hundreds of ragtag personal and recreational boats as if they were headed to rescue the British army from the beach at Dunkirk, during World War II.

We met the people of Zeus' Rescues, working to transport Houston's shelter animals away from the rising floodwaters and into loving homes. And we met a whole host of generous service workers, hoping to make it home to their families after their shifts end.

First, we headed for Lake Charles, Louisiana. Next, we were told to aim for Beaumont, Texas, then Baytown, then, once again, Houston. As we steered our way from one flooded highway to another, however, we hit Winnie, Texas, at nightfall and could go no further. Interstate 10 had become a raging ocean. Highways 124 and 73 were accumulating over a foot of water, and with the light now gone, we decided to hunker down for the night.

In the morning, we discovered that the lobby of our hotel was full of local families forced to evacuate their homes as the unflinching rainwater crept in. One man looked stricken as he steered his elderly parents toward a small table to rest. Another struggled to calm three small, antsy children. And yet another spoke of how he had woken to discover that snakes had ridden the rising tide into his bedroom. They had all, it seemed, gotten out just in time.

Wide-eyed, we climbed into our car in search of a restaurant that might still be serving hot food and discovered an operating Waffle House just across the highway. We parked, scrambled into a booth by the window and told our waitress there that we'd soon be heading back to Beaumont. That, after all, was where the storm was now predicted to be headed. Visibly shaken, she told us that her children and grandchildren were back in Beaumont but that her car was too small to make the drive home.

It was decided: She'd come with us. We made plans to reconnect later in the afternoon after we'd gathered our gear from the room and checked out. Five eggs and four sausage patties later, however, we exited breakfast to discover that the water at the edge of the Waffle House parking lot had now risen above our license plate. With our tailpipe covered, it was no longer safe for us to drive our way out of this. So we carefully navigated back to the hotel, put on our waders and extended our rooms.

We would be in Winnie for a while. Time to go out and find the story.

We quickly learned that the owners of the only other restaurant still open on our block, a mom-and-pop Cajun gem called Al-T's, were the ones making and delivering food to the local shelter for displaced residents. All of their workers had come in for work in the face of the tragedies unfolding in their own homes and brought whatever groceries they personally had to aid in the process. We discovered that they'd be delivering the next batch of food soon and asked if we could tag along.

You see these sorts of Red Cross shelters on TV after every sizable disaster and you think somehow that that prepares you for what it's like to physically be in one, but the experience is altogether different in person. There are rows and rows of cots littered with families, small children, the elderly, each with a story of loss more heart-wrenching than the next.

We met a family who had spent years living in the Baytown Motel 6 and had left everything -- everything they'd ever owned -- behind as the water crept up past their second-floor rooms. We met a man who detailed frantically how he had had to leave his beloved dog, Red Bone, behind because the shelters can't accept pets.

They poured their hearts out before our cameras. Then we got in a diesel truck with Chambers County's justice of the peace to see the damage for ourselves. We passed neighborhoods almost entirely submerged in water. We passed a highway you would have sworn was an ocean if you didn't know it was there somewhere under the water. And we passed a field where dead cows and deer floated near the fence where they grazed probably just a day before.

We returned to our home base as the light began to fail and the rain pounded down on us more heavily than before, more heavily than any of us had ever experienced elsewhere in our lifetimes. We waded through waist-deep water as lightning painted the sky a chilling gold and reflected neon across the water's surface. And as we neared the hotel, we saw a man in the adjacent parking lot, standing alone amid the hurricane winds and booming thunder, shouting in a shrill desperation, "I lost everything! [Expletive] I lost everything!"

Perhaps it is all of those things. But it was also a story that seemingly could not be planned. We and our cameras pinballed all across Louisiana and Texas in pursuit of the latest weather forecast, only to get marooned where we thought we didn't want to be -- between one prediction and another.

And as I sit here in our hotel room, writing this article on my phone with the power out in Winnie and the rain still howling outside our window, the latest forecast shows that we are smack-dab in the center of Harvey's worst torrential rainfall. So it seems that while we were trying so desperately to find Harvey, Harvey sneaked up and found us.