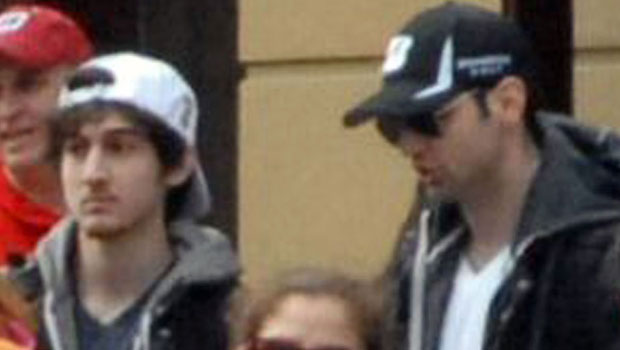 There are mounting questions tonight about what events or circumstances, might have caused brothers and suspected Boston Marathon bombing suspects Tamerlan and Dzhokhar Tsarnaev to be radicalized -- and ultimately motivated to kill.

One of the lingering questions about the whole affair is whether the marathon bombing was the work of a larger conspiracy. But Edward Deveau, the chief of police of Watertown where the concluding chapter the drama was written, told CBS News correspondent Dean Reynolds for "48 Hours" that he doesn't think so.

"I think it's limited to the two brothers," he said. "Every information that I have been seeing, where we looked at Boston, Watertown, the greater New England area, is safe."

Chief Deveau said he's grateful there were no casualties among his men -- six of whom confronted the two suspects early Friday morning in a shooting that left 26-year-old Tamerlan Tsarnaev dead.

"He came from out under cover," recalled Deveau. "Instead of walking to us, he seemed to be engaged with one of our officers and got within 10 feet. They were having a gunfight 10 feet apart. And then for us, thank God, he ran out of ammunition."

"I just wonder why I'm not attending a funeral for one of our police officers after what they went through and how we looked at that, and what they did. It's just an amazing bunch of six guys."

He said the Watertown police were able to trace and corner the suspects in their stolen vehicle because they left with the cell phone of the car's owner inside.

"Eventually we were able to ping that phone and find out it was in Watertown," said Deveau, "and it was heading to a certain neighborhood in Watertown. So my first officer saw the cop."

The surviving suspect, Dzhokar Tsarnaev, was apprehended Friday night after a heat-sensing camera in a state police helicopter detected the contours of a human shape in a boat parked in a Watertown backyard.

Now, the Watertown police are understandably proud. As their chief told Reynolds that they don't have to worry about what might have happened if his men had not confronted the two suspects. He also added that the suspects were heavily armed and they wanted to kill more people.