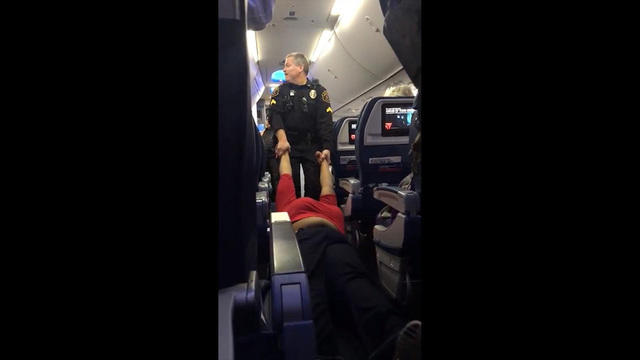 DETROIT -- An incident on a Delta flight in Detroit was caught on camera Monday, as a woman was dragged down the aisle of the plane by police.

Detroit Metropolitan Airport  said in a statement that the incident occurred at approximately 8 a.m.

“Delta Air Lines contacted Detroit Metropolitan Airport’s police department requesting assistance with a passenger who would not comply with boarding and baggage check procedures at a McNamara Terminal gate,” DTW said in a statement.

Delta said in a statement to CBS News transportation correspondent Kris Van Cleave that Delta flight 2083 bound for San Diego incurred a slight departure delay “due to a passenger not complying with boarding and baggage check procedures.”

When officers arrived, Delta stated the woman could not remain on board. Despite repeated requests by officers, the woman refused to leave the aircraft and had to be removed.

DTW said the woman is yet to be formally charged, but add “she was arrested for violation of airport ordinances, including failure to leave the aircraft.”

The flight was able to continue without further incident.

The nonstop flight arrived at San Diego at 10:38 a.m. PST, according to the airline, CBS Detroit reported.