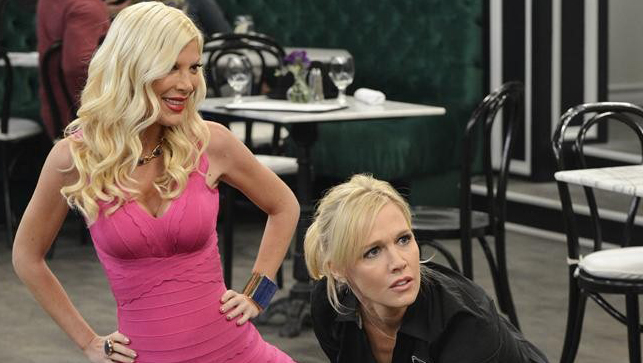 Two members of the "Beverly Hills, 90210" gang are back together again.

The first teaser for "Mystery Girls" -- the new series starring Jennie Garth and Tori Spelling -- surfaced this week -- and the gals hardly look like they've aged a bit since their West Beverly High School days.

In the ABC Family comedy, the real-life friends star as "two former detective TV show starlets brought back together by a real-life mystery."

"Charlie Contour (Garth) is a suburban housewife and mother, while Holly Hamilton (Spelling) longs for her glory days in the '90s when she was on television," according to the network. "Both of their lives are disrupted when Nick (Miguel Pinzon), a witness to a crime and a 'Mystery Girls' fanatic, will only speak to the infamous duo and the former friends must reunite and put their TV crime-solving skills to the test."

Check out the trailer: