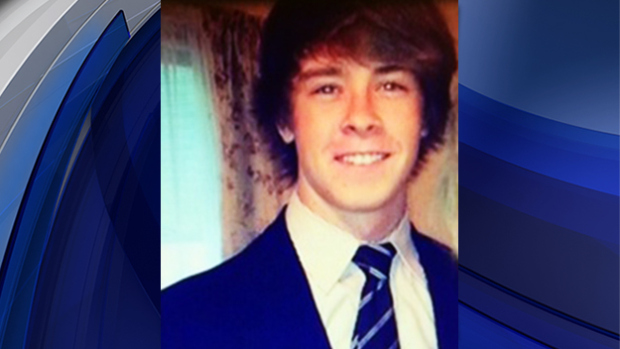 NEWARK, N.J. - A man already charged in a double slaying in Washington state pleaded not guilty Wednesday to killing a college student in New Jersey as questions lingered over which state will get the first crack at him in court.

Ali Muhammad Brown, 29, didn't speak during the brief hearing in state Superior Court, and his plea was entered by a public defender who didn't comment afterward. His bail remained at $5 million.

In all, three men are charged with killing 19-year-old Brendan Tevlin, a student at the University of Richmond, on the night of June 25 as he stopped at a traffic light in West Orange, N.J., on his way home to Livingston, roughly five or 10 minutes away. At the time, Brown had been a fugitive for three weeks after authorities in Seattle identified him as a suspect in the slayings of two men early on the morning of June 1.

In Washington, Brown faces aggravated murder charges in the deaths of 23-year-old Dwone Anderson-Young and 27-year-old Ahmed Said, who were shot shortly after they left a gay nightclub. In charging documents, King County prosecutors called the killings "extremely violent, senseless and seemingly unprovoked."

If convicted of aggravated murder in the Seattle case, Brown would face life in prison without parole or execution.

A spokesman for the King County prosecutor's office, Dan Donohoe, said Wednesday that a decision on which jurisdiction would try Brown first is likely to be made in a few days and a death penalty decision would come later.

Acting Essex County Prosecutor Carolyn Murray said authorities connected Brown to Tevlin's slaying after ballistics test results finalized on July 7 showed that the same gun was used in both shootings. At that point, they had known Brown was in the state for about a week, as evidence found at the scene of a June 29 robbery and attempted carjacking in Point Pleasant, at the New Jersey shore, was traced to him.

Murray said it wasn't yet known how long Brown had been in the state before Tevlin's killing, but that investigators were probing whether he took a bus from Seattle to New Jersey.

Brown has been described as having been homeless at times, and he was arrested in woods not far from the site of Tevlin's killing, an area that includes a golf course and the South Mountain Reservation, a 2,000-acre park in the center of Essex County.

"He is a calculating individual who chose to do what he did, and that's why he was living in the woods," said Ralph Amirata, director of the Essex County prosecutor's office's homicide unit.