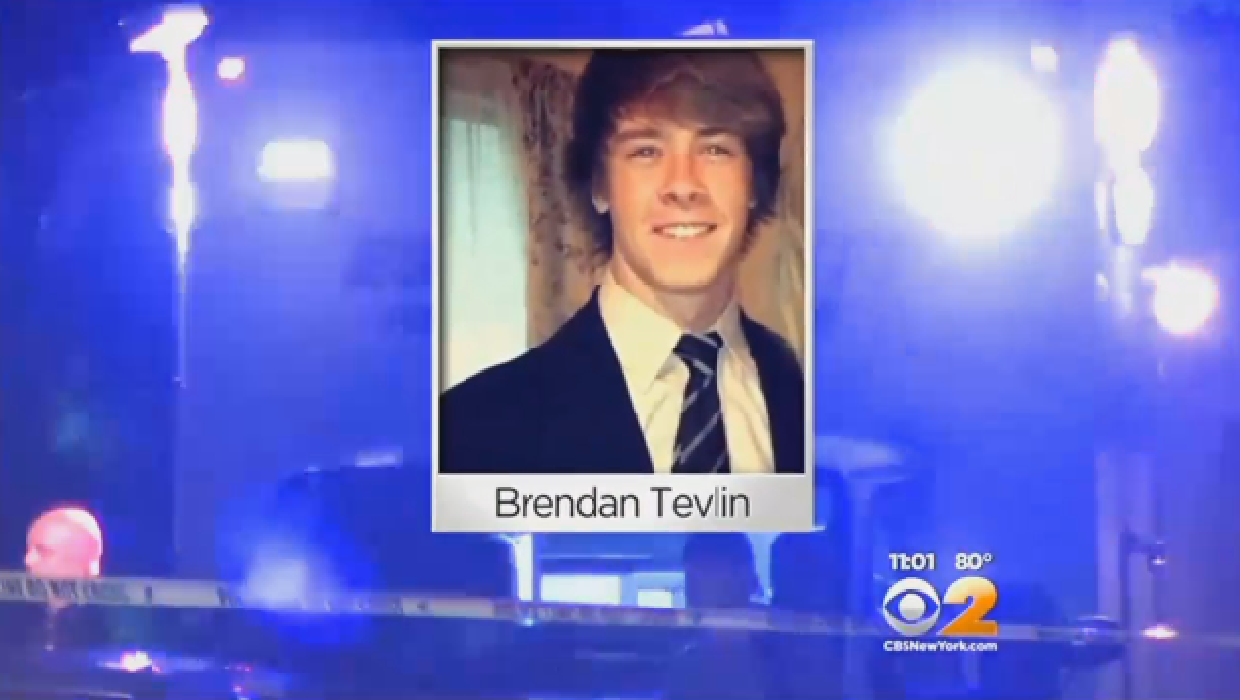 WEST ORANGE, N.J. - Authorities are trying to determine who is responsible for the shooting death of a 19-year-old man in West Orange, N.J.

Police responded to reports of gunshots just before midnight Wednesday.

CBS New York reports both the driver and passenger windows of the car in which Tevlin was found were shattered.

The teen was reportedly visiting a friend and had sent a text to his mother to say he was headed home.

"How do you get past this?" a woman who answered the phone at the family's home told CBS New York. "How do you do that?

"He was kind," said the woman, who would only describe herself as a family member. "He was a good friend to everybody, the best big brother to his three siblings."

Tevlin had just completed his freshman year at the University of Richmond in Virginia and was home from college for the summer, reports the station.

No arrests have been made in the case. Anyone with information on the shooting is asked to contact the Essex County Prosecutor's Office tip line at (877) 847-7432.