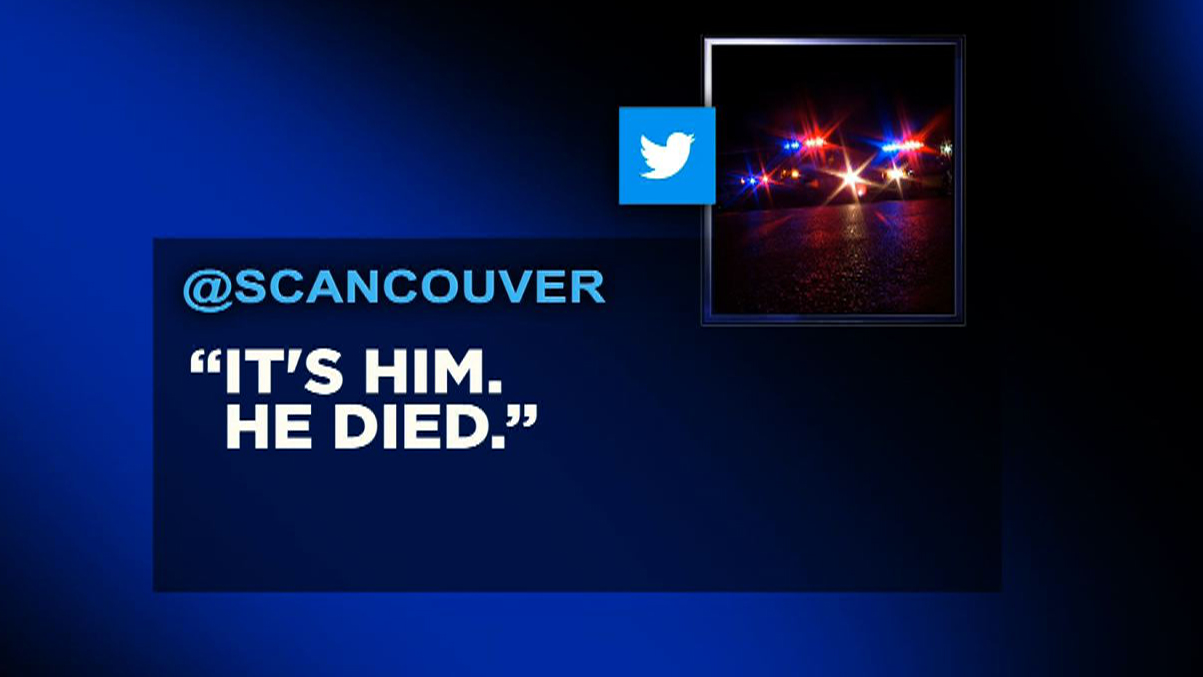 VANCOUVER, Wash. (KOIN) - A Vancouver mother ended up live tweeting about a deadly crash, only to find out her husband was the one killed, reports Joel Iwanaga with CBS station KOIN.

The 47-year-old man died after the car he was driving crossed from the north lanes to the south on I-205 and hit a pick-up truck. Craig Johnson was pronounced dead at the scene. The fatal wreck happened shortly before 2 p.m. Wednesday just off Interstate 205 at Padden Parkway.

Caran Johnson is a wife and mother, known in Portland-area social-media circles by her @Scancouver Twitter handle. She often tweets about Clark County traffic.

"You already feel for the people that are involved," said Trooper Will Finn. "This, for me, took it up to the next level. I feel like I somewhat already have a relationship with this person."

Finn is in charge of Washington State Patrol's Twitter feed and knows the victim's wife through social media. She unknowingly live-tweeted her husband's death.

Not knowing the victim in the rollover, two-vehicle collision was her husband, she tweeted just after 2 p.m. "omg that is so horrible."

"And as I went back to her postings," Finn said. "She was trying to call him."

Then, as the afternoon wore on, she tweeted "I'm trying not to panic, but my husband left work early and he drives 205 to get home. He's not answering his phone."

Minutes later: "I am freaking out now," followed by "And now my kids are home from school."

"A local 911 center was calling, saying 'Hey we're concerned' and put 2 and 2 together and made the connection," Finn said.

After some back-and-forth with officers, the agonizing wait was over CJ shared the heartbreaking news. Her four-word tweet simply said, "It's him. He died."

Investigators are still looking into the cause of the crash, but CJ's twitter feed -- after calling her husband's work in a panic -- reads "I just called his work and he was feeling faint when he left work."

The driver of the involved pick-up, a 54-year-old woman from Tacoma, suffered serious injuries and was taken to a local hospital. She has been identified by WSP as Carol Shelley.