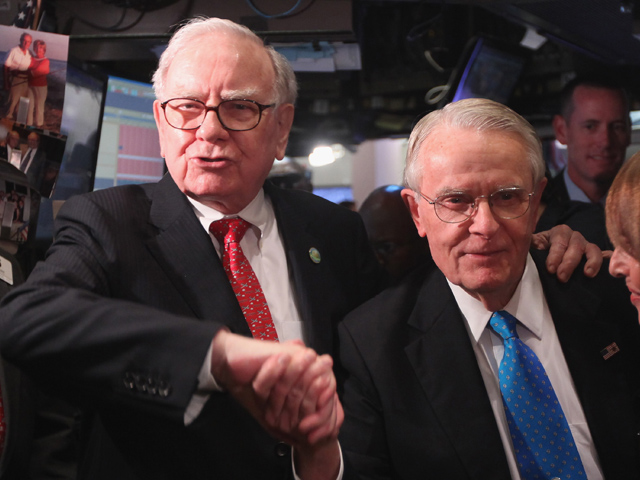 Omaha-based Berkshire Hathaway Inc. (BRK.A) revealed the moves in a regulatory filing after the market closed Tuesday. The report also detailed other shifts in the company's $74.3 billion stock portfolio.

Buffett previously mentioned the firm's purchase of stock in Phillips 66, an oil refining company spun out of ConocoPhillips, during a television interview last month.

In another large sale, Berkshire cut its stake in Procter & Gamble to 59 million shares, down 19 percent from the previous filing.

Berkshire doubled its position in the newspaper publisher Lee Enterprises Inc., to 3.2 million shares. The company maintained its stakes in other publishing companies, Gannett Inc. and The Washington Post Co.

Berkshire's investments are closely watched by investors because of Buffett's successful track record. Buffett makes most of the investment decisions at Berkshire, but the firm's regulatory filing doesn't distinguish between his stock picks and those made by the company's other investment managers, Todd Combs and Ted Weschler. Combs started at Berkshire last year, and Weschler started early this year.

Buffett has said the two men are managing $2.75 billion each, while Buffett oversees the rest.