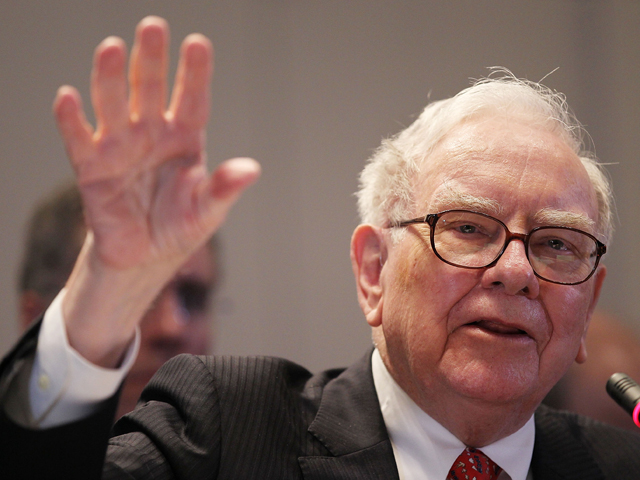 The results topped the $1.19 per share Wall Street was expecting, according to a FactSet survey.

Buffett has said it's better to look at Berkshire earnings without the derivative losses and investment gains. He says Berkshire's investment and derivative gains or losses can be misleading because the company rarely sells its investments.

Andy Kilpatrick, the stockbroker-author who wrote "Of Permanent Value: The Story of Warren Buffett," said the results are impressive because during the second quarter Europe's debt woes increased and the overall economy slowed.

"I thought it was a good decent quarter in a bad world," Kilpatrick said.

Berkshire officials do not typically comment on quarterly earnings reports, and they did not immediately respond to a message Friday afternoon.

Berkshire recorded a $693 million loss on its derivative contracts in this year's second quarter. That's up from a $120 million loss last year.

The true value of the derivatives won't be clear for at least several years because they don't mature until nearly a decade from now. But Berkshire is required to estimate their value every time the company reports earnings.

Berkshire owns roughly 80 subsidiaries, including clothing, furniture and jewelry firms. Its insurance and utility businesses typically account for more than half of the company's net income. It also has major investments in such companies as Coca-Cola Co. (KO) and Wells Fargo & Co(WFC).

The quarterly results were issued after the stock market's close Friday. Berkshire's Class B shares rose $1.01, or about 1 percent, to $86.59 in after-hours trading Friday.