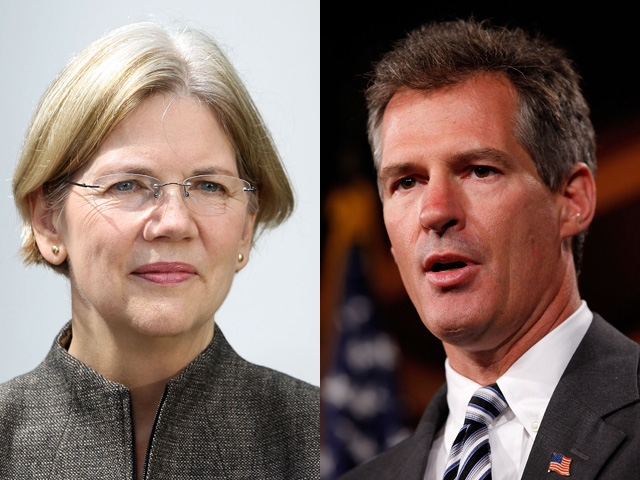 (CBS News) Amid calls by Massachusetts Sen. Scott Brown for rival Elizabeth Warren to "come clean" about whether or not she listed her Native American status on forms when applying for jobs in the 1990s, the challenger's campaign on Monday blasted the incumbent for what it cast as "nasty insinuations" about her qualifications as a teacher and a leader, and suggested he was playing on gender issues in an attempt to undermine her campaign.

"If Scott Brown has questions about Elizabeth Warren's well-known qualifications -- from her high marks as a teacher to her nationally recognized work on bankruptcy and the pressures on middle class families - he ought to ask them directly instead of hiding behind the nasty insinuation of his campaign and trying to score political points," said Mindy Myers, campaign manager for the Harvard law professor and Democratic candidate for Senate who is seeking to oust the freshman Republican.

"Once again, the qualifications and ability of a woman are being called into question by Scott Brown who did the same thing with the Supreme Court nomination of Elena Kagan," Myers said in the prepared statement released Monday. "It's outrageous."

On Friday, the Brown campaign called on Warren to apologize for "participating in Harvard's diversity sham" by allowing the school to "claim she was a Native American in their attempts to demonstrate diversity on their campus faculty."

"For years, Harvard has claimed special minority status for Professor Elizabeth Warren as a member of a Native American tribe and their first minority hire," said Jim Barnett, Brown's campaign manager, on Friday. "That Warren allowed Harvard to hold her up as an example of their commitment to diversity in the hiring of historically disadvantaged communities is an insult to all Americans who have suffered real discrimination and mistreatment, and Warren should apologize for participating in this hypocritical sham."

Warren does have Native American lineage, her campaign told the Boston Globe. The campaign also says Warren was unaware Harvard had been promoting her as a minority professor.

According to the Globe Warren had been identified as Native American in the Association of American Law Schools (AALS) deskbook for nine years before getting a job at Harvard Law School. The Globe reports that the listings would have been based on professors self-reporting their minority status, but it does not specify in what way. The AALS was not immediately able to clarify to CBS News the process with which a professor would identify his or her minority status.

Warren began teaching at Harvard in 1995, and has been voted "best professor" twice by the graduating class.

In a statement, Charles Fried, who has been a professor at Harvard Law School for 51 years and who according to the Warren campaign was pivotal in her appointment at Harvard, disputed the notion that Warren was hired due to her minority status.

"Elizabeth was appointed because she is a terrific teacher and a productive scholar," Fried said in a statement Monday. "We were right. Her anonymous student teaching evaluations have consistently been at the very top. She is very tough and the students love her."

The battle between Brown and Warren has already become one of the most-watched campaigns of the 2012 cycle, and is expected to grow increasingly heated in the coming months. Warren, a longtime consumer advocate who helped head up the Obama administration's Consumer Financial Protection Bureau (CFPB), has gained national status in recent months due to her staunchly liberal politics. Both she and Brown have raised millions of dollars so far toward the Senate race.