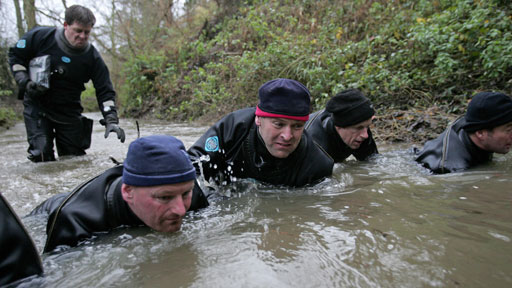 Soft drinks that are packed with sugar could get warning labels just like cigarettes and alcohol if an advocacy group gets its way.

This is no joke, Michael Jacobson, director of the Center for Science in the Public Interest (CSPI), tells The Early Show co-anchor Harry Smith.

"Absolutely serious," he says. "Americans are drowning in soda pop - teenagers, in particular. The average teenage boy is consuming two cans of soda pop a day. The industry spends over $500 million each year promoting the sale of these worthless products. The U.S. government's dietary guidelines for Americans have urged people to consume less sweetened beverages. But the government doesn't do anything."

So Jacobson has filed a petition with the Food and Drug Administration, requesting that warning labels be put on soft drinks with more than 13 grams of refined sugar for each 12 ounces.

Although the calorie count is already on the can, Jacobson says much more needs to be done to warn consumers.

"Obviously, that hasn't had much of an effect," he says of the calorie information on labels. "And we should be doing more. Nobody's talking about a ban on soda pop. But just put a little health information on there, a little reminder. We're suggesting a range of reminders, some would say it contributes to obesity and tooth decay; others would say consider switching to diet soda, water or skim milk. Obesity is an epidemic. One-third of youths already are overweight or obese. Are we just going to sit around and do nothing? Or should we do something - a modest, sensible step of putting a health message on cans and bottles?"

The CSPI petition to the FDA included the following claims:

Because the long-term consequences are very serious, the American Beverage Association has posted the following statement on its Web site as a response to Jacobson's idea:

"To ask the FDA for warning labels on soft drinks, or any food products that contain caloric sweeteners, patronizes consumers and lacks common sense. Where should such a food hit list stop? Even skim milk and thousands of other food products could potentially fit into a CSPI labeling scheme because of the sugars contained in these products."

"That's the industry," Jacobson says. "I don't know where it stops, but it starts with them. Studies have now been done over the last few years demonstrating that soft drinks are a contributor to obesity, not the only cause, but a significant cause. Teenagers are drinking more than ever - even while adults are drinking less."

And even though he says parents have control to some extent, he says, "Kids know about vending machines; they go to 7-eleven and get a big gulp, 1,000 calories of soda pop in a single serving. We've come a long way from the 6 1/2-ounce coke bottles of 50 years ago."

When Dogs Need Some Extra TLC

Stars For Stripes In Afghanistan