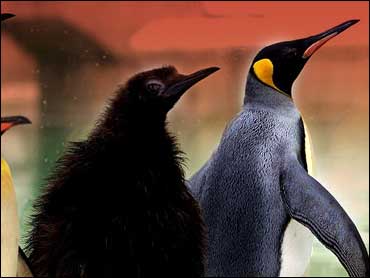 Thousands of the world's most exotic species of sea animals from spiders the size of dinner plates to giant woodlice face extinction if Antarctic sea temperatures rise as predicted, a scientist said on Monday.

"If the models are correct, we are likely to lose large populations of scallops, giant isopods, bivalve molluscs and giant sea spiders among others," scientist Lloyd Peck of the British Antarctic Survey told reporters.

"So far we have looked at 11 species and the answer has come up the same each time. At a temperature rise of two to three degrees, they asphyxiate," he said at the British Association for the Advancement of Science annual festival.

The behemoth-scale giant isopods resemble woodlice but grow to the size of a mobile phone.

Peck said water temperatures around the Antarctic — one of the last outposts of relatively untouched environment in the world — were rising at more than twice the rate of the land temperature, having climbed by one degree in the past 15 years.

Scientific models trying to predict the pace and scale of future change pegged the likely rise at up to three degrees within 100 years.

Surveys have shown that the Antarctic sea dwellers were unable to adapt to such temperature changes so they effectively suffocated due to their inability to move oxygen round their bodies.

"These are probably the most fragile group of animals in the world to temperature change," he said. "They grow very slowly, producing only a few generations in 100 years. Yet studies show it takes several generations to adapt."

"Several thousand species of cold-blooded invertebrate animals would be at risk if we get the kind of temperature rise indicated. In this part of the world we have some of the most exotic animals there are," Peck said.

He said there was every possibility that such a wholesale climatic slaughter would have an impact higher up the food chain, but that it was impossible to say just how they would be affected.

He said that while the impact of temperature change on the animals was undoubted, the key lay in whether the predictive models were right.

"The major question is if the models are correct. If they are, things don't look very good," Peck said.

Scientist Andrew Brierley, of the University of St Andrews in Scotland, said his studies showed that on the plus side of climate change, krill — a basic foodstuff of whales and penguins — might not be as much at risk as previously thought.

He told the same news conference that krill — minute shrimp-like creatures — had been found to be concentrated at the edge of the Antarctic sea ice and therefore lost relatively little of their habitat as the ice receded with global warming.

"The edge of the sea ice is relatively small compared to the total area of the ice shelf, and that is critical," he said. "A smaller proportion of the krill's habitat is lost than the total."