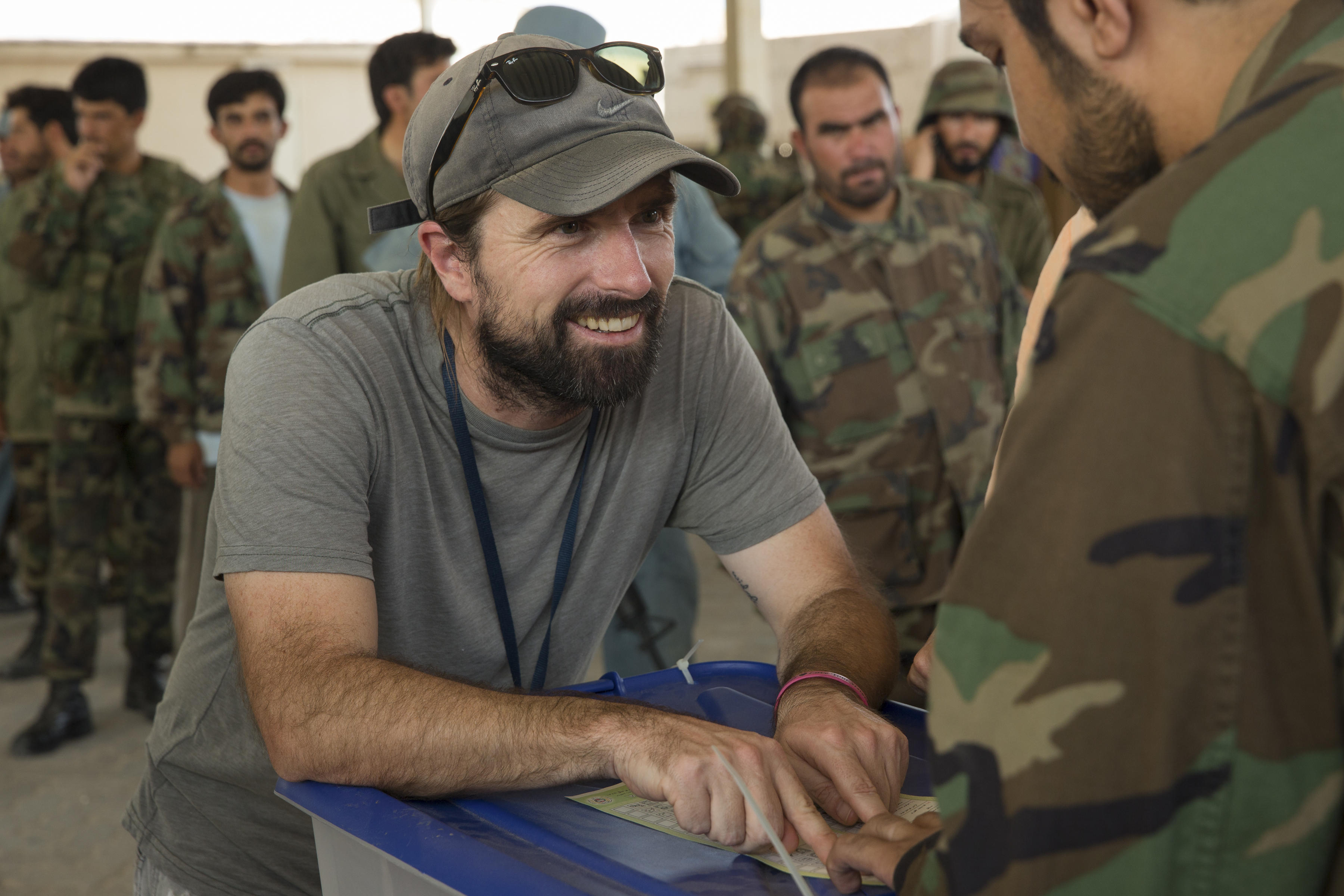 After tackling Australian organized crime in "Animal Kingdom" and a dystopian wasteland in "The Rover," filmmaker David Michod decided it was time to go to war -- in Afghanistan, to be specific.

Inspired by Michael Hastings' book "The Operators," Michod created "War Machine," a fictionalized satire about a general (Brad Pitt) stepping up to take charge of U.S. military operations in Afghanistan.

What was it that made you want to tackle such a complex subject?

I had been looking for a way into one of these modern theaters of war for quite a while. In a way, it was precisely the complexity of the story that appealed to me. I had originally been planning to do something more somber and sober about the horrors of war, something that never really left the battlefield. But after reading Michael Hastings' book, I started to see something that was bigger and more complex and about all the various strata of the military machine.

It was also the potential for tonal complexity that appealed to me. I saw an opportunity to make a movie that wasn't just about the various strata of the military but was about what seemed to me to be the profound disconnect between the upper and lower levels. And I wanted to represent that tonally. I wanted to let those upper levels play like a kind of delusional circus and then track it all the way down to the consequences that would be felt by those people on the ground.

How did you approach those kinds of tonal shifts?

I made the decision pretty early on that I was going to let Brad go for it, let that performance be big, but then it also felt important that I stick to my convictions when I was shooting stuff with the Marines and let those guy play it as if it were real -- and then just have faith in the tonal disconnect being kind of the point of the movie.

This film is being released in a vastly different political landscape from when you shot it.

It felt important to us that we not release the movie when we'd originally intended, which was September of last year. The political climate felt so volatile. But having said that, this war in Afghanistan in particular has been going on for 16 years now. I don't think any of us anticipated that Donald Trump was going to win the election, but the movie still felt completely poignant to me when imagining a Hillary Clinton presidency. I don't think there was any reason to expect that it would be anything other than business as usual if she'd won.

It could be argued that the concern now is that there is more uncertainty from the top levels.

Yeah, that's the frightening thing about this current administration is just the uncertainty of it. At best, Trump's position with regard to military intervention is just ambiguous. On the one hand, he'll present as an isolationist, on the next I have this genuine fear that he might destroy the world, you know?

This is your first Netflix film. How has the experience differed from your earlier work?

There's something incredibly liberating about making a film that doesn't feel completely beholden to an opening weekend. It allows us to release the thing in a different way, to travel with it and talk about it in a different way -- and in what feels to me to be a healthier way. I can sit here and talk to you about the stuff that the movie is actually about without having to worry about having to sell it. On my last two movies, I very genuinely felt like I was in an election campaign.