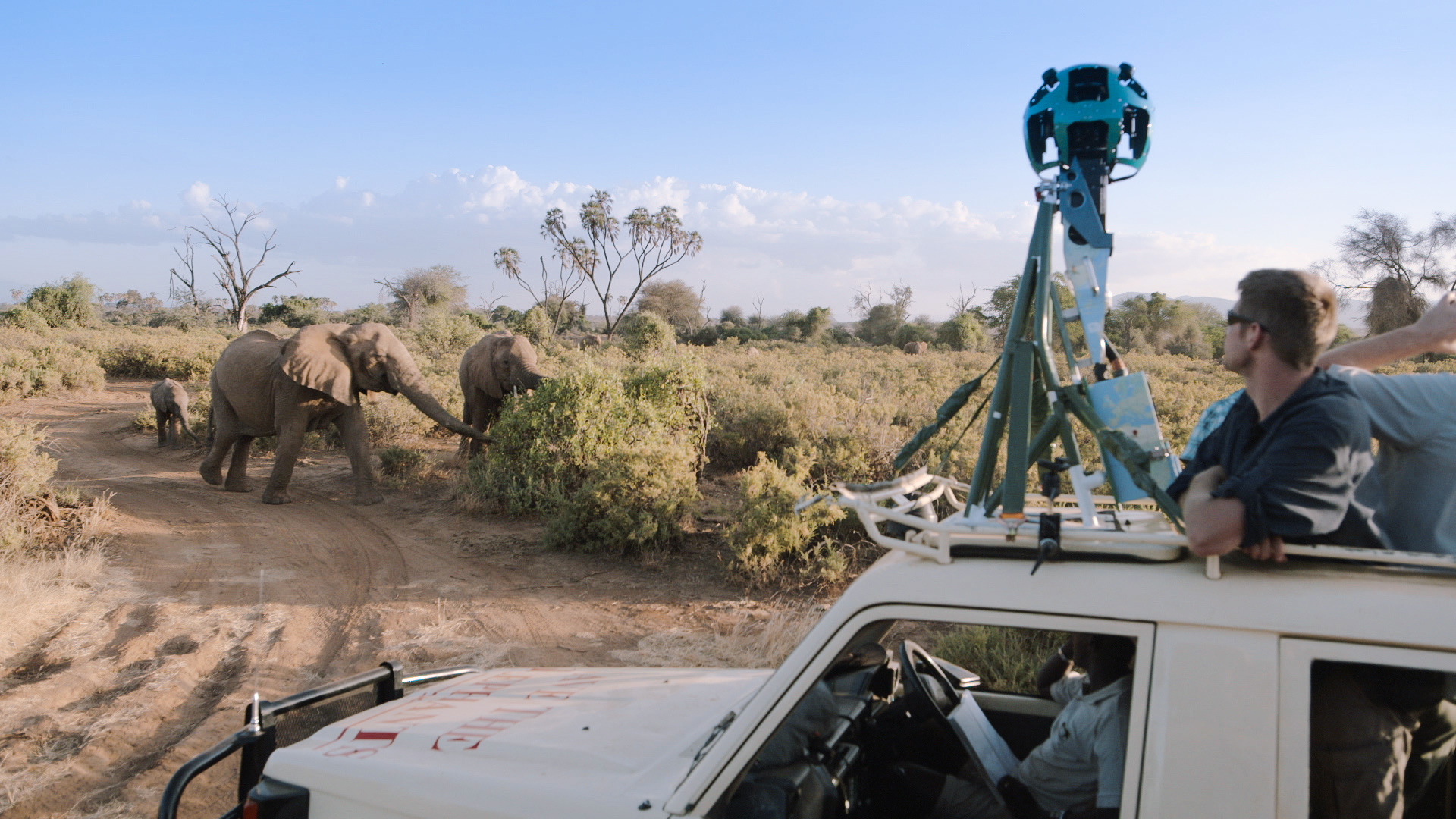 Google has led you on a climb of Mount Everest and let you swim with the turtles in Great Barrier Reef. Now, Street View is offering you a chance to walk with elephants in Kenya.

Launched this week, the program, in partnership with Save the Elephants and with funding from Kenya's Samburu County Government, allows viewers to tag along as the elephants go about their day. The collection of interactive images is focused primarily on the elephant life in Samburu National Reserve, Lewa Wildlife Conservancy and the David Sheldrick Wildlife Trust. The goal of the project, Google says, is raising awareness of the growing problem of poaching to feed demands for ivory in Asia and other parts of the world.

But elephants aren't the only stars. There are bit parts played by lions, baboons and Grevy's zebras - including one that was recently killed.

David Daballen, of Save the Elephants, said that upwards of 100,000 elephants had been poached in Africa from 2010 to 2012 but that the number of elephants in places like Samburu are slowly on the rise again.

"When I'm out and about, I never know which of my fellow citizens I'll bump into next. It could be some of the 600+ elephants I can recognize- like the Hardwood family - frolicking together, a group of Samburu warriors walking along the Ewaso Nyiro River, a pride of lions enjoying a bit of shade, or a leopard crossing the path," he wrote in a Google blog post. "While you make your journey through Street View, you may be surprised what awaits."

Along with using Street View to bring attention to the elephants, rangers use Google Maps to plot the location of the elephants and whether they might be in danger, Daballen wrote.

"If an elephant's GPS collar sends an alert to indicate the elephant has stopped moving, a team of rangers and tracking dogs will investigate," he wrote.

The David Sheldrick Wildlife Trust also provides an orphanage for baby elephants whose parents were lost to poaching. Protected from gun-toting gangs, the elephants get 24/7 care and specially formulated milk. As they grow, they are gradually reintroduced into the wild. So far, the Trust has hand-raised 180 elephants.

Now that you have got your bearings, maybe its time to fly to Kenya for a closer look.