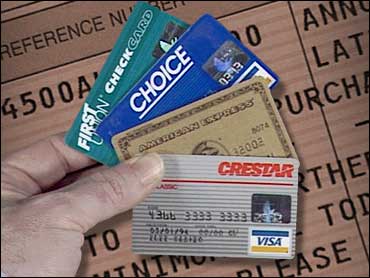 The diners didn't know it, but their credit cards were going to pay for more than their meals, prosecutors said.

Waiters in about 40 restaurants, in New York and elsewhere, quietly recorded customers' credit card information and passed it on to people who used the information to make more than $3 million worth of illegal purchases, according to prosecutors.

Thirteen people were indicted Friday on charges stemming from their roles in the credit card fraud, prosecutors said.

The credit card account information was stolen from customers who visited restaurants in Manhattan's Chinatown and other parts of the New York metropolitan area, as well eateries in Florida, New Hampshire, New Jersey and Connecticut.

Some members of the group stole customers' information; some made the counterfeit cards; others shopped for merchandise; and finally someone bought the goods for cash, Manhattan District Attorney Robert Morgenthau said.

Morgenthau said 12 of the 13 people indicted are in custody and are expected to be arraigned Monday. All the defendants are being charged with fourth-degree conspiracy, punishable by up to four years in prison. Seven are also being charged with second-degree grand larceny, which carries a penalty of up to 15 years.

Authorities were still seeking one suspect, identified by prosecutors only as "John Doe."

The district attorney said conspiracy leaders recruited and managed people who worked as waiters and provided them with small, hand-held "skimmers" that read and recorded information on the magnetic strips of patrons' credit cards.

The leaders, some of whom worked in the restaurants with their recruits, then collected the skimming devices and paid the waiters $35 to $50 for information from each credit card stored in the devices, Morgenthau said.

He said the conspirators operated from November 2005 until this week.