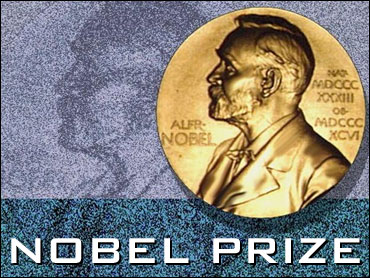 Trinidad-born British writer V.S. Naipaul won the Nobel Prize in literature on Thursday for “having united perceptive narrative and incorruptible scrutiny in works that compel us to see the presence of suppressed histories.”

Naipaul has fashioned his novels and his journalism from the cultural chaos of the post-colonial world. Nobel officials singled out his book “The Enigma of Arrival(1987),” saying it created an “unrelenting image” of the old colonial rulers' collapse.

Naipaul, who was born in Trinidad but is British by choice, has fashioned his novels and journalism from the cultural chaos of the postcolonial world.

The 69-year-old novelist and short story writer, who left Trinidad at the age of 18, presents impressions of the country of his ancestors, India, and critical assessments of Muslim fundamentalism in non-Arab countries like Indonesia, Iran, Malaysia and Pakistan in two well-known works, according to the citation.

The prize, first awarded to French author Sully Prudhomme in 1901, is worth $943,000 in this, its centennial year.

Last year's winner was little-known exiled Chinese novelist and playwright Gao Xingjian, a French citizen. His award was denounced by the Chinese government as political. Italy's Dario Fo and Germany's Guenter Grass are other recent winners with strong political views.

Horace Engdahl, permanent secretary of the 215-year-old Swedish Academy that selects the winners, has acknowledged the prizes sometimes have political implications but insists the choice is always based on literary merits.

The 18 lifetime members of the academy make the selection in deep secrecy at one of their weekly Thursday meetings. Nominees are not publicly revealed for 50 years, leaving the literary world with only speculation about who else might have been in the running.

Alfred Nobel, the Swedish industrialist and inventor of dynamite, offered only vague guidance about the prizes in his will. He said only that the award should go to those who “shall have conferred the greatest benefit on mankind” and “who shall have produced in the field of literature the most outstanding work in an ideal direction.” The awards always are handed out on Dec. 10, the anniversary of Nobel's death in 1896.

The Nobels started Monday with the naming of medicine prize winners, American Leland H. Hartwell and Britons Tim Hunt and Paul Nurse, for work on cell development that could lead to new cancer treatments.

The physics award went Tuesday to German scientist Wolfgang Ketterle and Americans Eric A. Cornell and Carl E. Wieman for creating a new state of matter, an ultra-cold gas known as Bose-Einstein condensate.

On Wednesday, the economics prize went to Americans George A. Akerlof, A. Michael Spence and Joseph E. Stiglitz for developing ways to measure the power of information in a wide range of deals and investments. On the same day, Americans K. Barry Sharpless and William SKnowles shared the chemistry prize with Ryoji Noyori of Japan for showing how to better control chemical reactions used in producing medicines.

The peace prize is to be announced on Friday in Oslo, Norway.