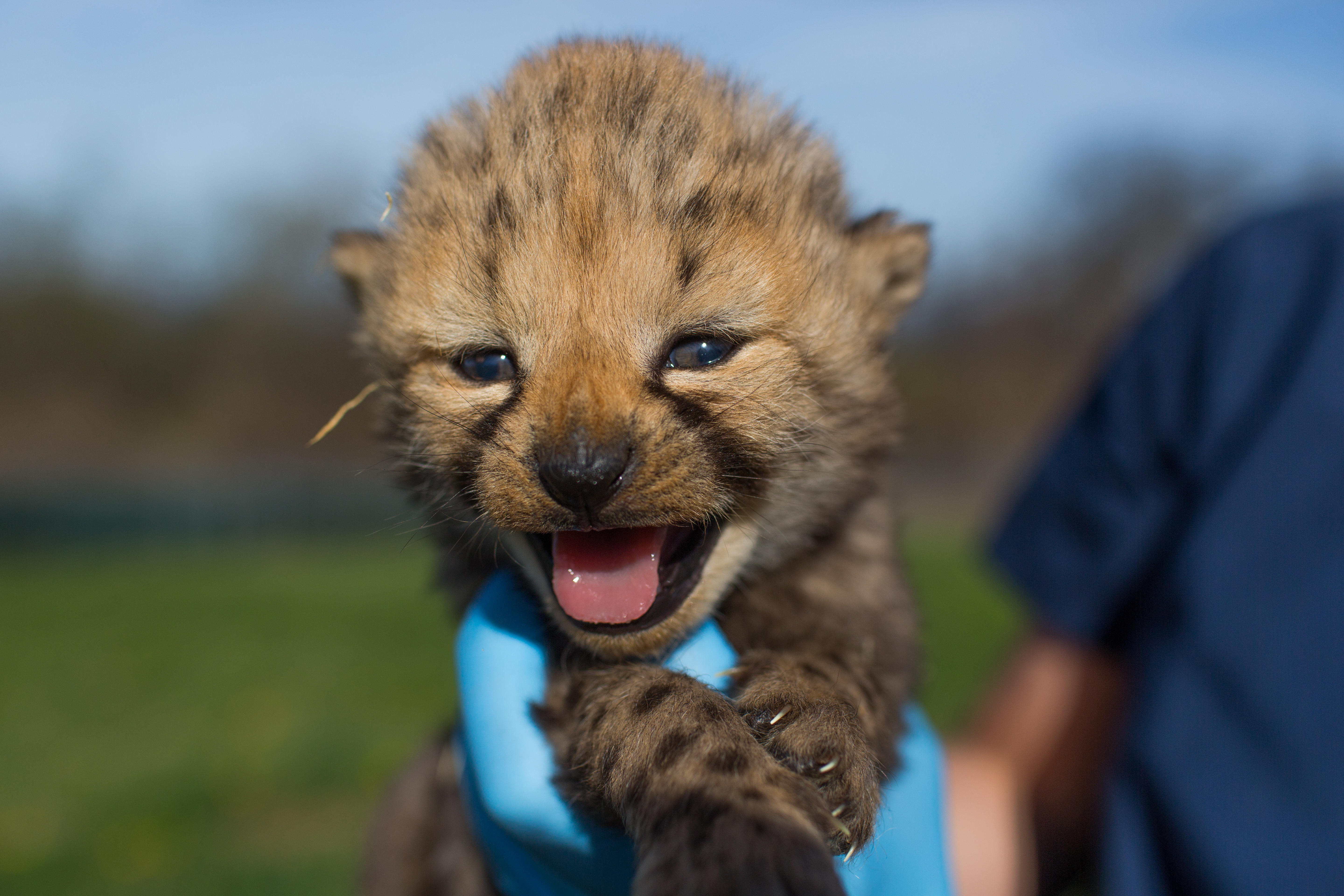 UPDATE: The votes are in and the five cheetah cubs have been named!

The Smithsonian Conservation Biology Institute (SCBI) welcomed an unprecedented number of cheetah cubs at its research center in Virginia last month. Now the SCBI needs your help to name five of the 10 cubs born there.

While cheetahs are listed as a vulnerable animal population, some scientists have called for them to be moved to the endangered species list. There are fewer than 10,000 cheetahs left in the wild, and researchers are working to preserve the population.

Before voting (at the bottom of the page), learn more about the conservationists the SCBI wants to name the cubs after:

On the path to becoming the world’s leading primatologist, Dr. Jane Goodall redefined traditional conservation to include the needs of local people and the environment. For more than 50 years, Goodall has worked to protect chimpanzees from extinction. Today she travels the world, speaking about the threats facing chimpanzees and urging personal action on behalf of all living things and the planet.

“Only if we understand, will we care. Only if we care, will we help, only if we help, shall all be saved.” – Jane Goodall

Dian Fossey was an American primatologist and zoologist who founded the Karisoke Research Center in Rwanda’s Volcanoes National Park to study and protect mountain gorillas from environmental and human threats. Although Fossey’s life was cut short, her work has grown into conservation efforts for other wildlife and programs for people who live near the gorillas.

“When you realize the value of all life, you dwell less on what is past and concentrate more on the preservation of the future.” – Dian Fossey

Celia Hunter was an American environmentalist and conservationist whose work was essential to the wilderness movement and the protection of Alaskan lands. Among her many legacies is the founding of the Alaska Conservation Foundation.

“You just have to keep a fire in your belly, and you just go for it, and when you do, you can make a tremendous difference.” – Celia Hunter

The first African woman to receive a Nobel Peace Prize, for “her contribution to sustainable development, democracy and peace,” Wangari Maathai was a renowned Kenyan environmental political activist. Maathai was also an elected member of the Kenyan parliament and served as assistant minister for Environment and Natural Resources.

“You cannot protect the environment unless you empower people, you inform them, and you help them understand that these resources are their own, that they must protect them.” – Wangari Maathai

Margaret Murie was an American naturalist dubbed the “grandmother of the conservation movement.” She campaigned for the Wilderness Act and helped establish the Arctic National Wildlife Refuge. She was the recipient of the Audubon Medal, the John Muir Award, and the Presidential Medal of Freedom, the highest civilian honor award of the U.S.

“Wilderness itself is the basis of all our civilization. I wonder if we have enough reverence for life to concede to wilderness the right to live on?” – Margaret Murie

A true pioneer in the mid-19th century, American writer Henry David Thoreau was the first American to articulate the value of the pure natural world. In 1854, he published “Walden,” or “Life in the Woods,” in which he recounted his two years at the pond and reflected on the value of living a simple life in nature. This reflected the core philosophy of Thoreau and the transcendentalism movement.

“I have a room all to myself; it is nature.” – Henry David Thoreau

President Theodore Roosevelt created the United States Forest Service and protected approximately 230 million acres of public land. His legacy is also tied to the animal that jump-started the conservation movement: the bison. Roosevelt also paved the way for the establishment of the National Park Service in 1916.

“The nation behaves well if it treats the natural resources as assets which it must turn over to the next generation increased and not impaired in value. Conservation means development as much as it does protection.” – Theodore Roosevelt

John Muir was one of America’s most influential conservationists and naturalists. His writings and activism have helped preserve wilderness areas including the Yosemite Valley and Sequoia National Park. He also founded the Sierra Club, a leading American conservation organization. Among many honors, a 211-mile hiking trail in the Sierra Nevada was named for him.

“Keep close to Nature’s heart... and break clear away, once in awhile, and climb a mountain or spend a week in the woods. Wash your spirit clean.” – John Muir

Considered by many to be the father of wildlife ecology and the U.S. wilderness system, Aldo Leopold was an environmentalist, scientist, philosopher and author. A book of his essays, “A Sand County Almanac,” was published after his death and became one of the most respected books about the environment. He is known for the idea of “land ethic,” which calls for an ethical, caring relationship between people and nature.

“We abuse land because we regard it as a commodity belonging to us. When we see land as a community to which we belong, we may begin to use it with love and respect.” – Aldo Leopold

Tillerson opens up on Trump and his firing