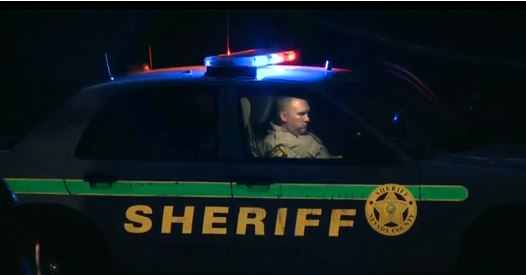 WASHINGTON, Calif. - A volunteer searching for an elderly hiker in a remote Northern California area was shot and wounded by an unknown assailant, setting off a search for the shooter.

The rescuer was in stable condition with a hip wound, and crews worked late Tuesday to bring him to a site where a rescue helicopter could land, said Paul Schmidt, operations captain for the Nevada County Sheriff's Office.

Witnesses reported hearing two shots when the volunteer was wounded, according to CBS Sacramento.

Immediately after the shooting, the wounded man and two colleagues took cover in a wooded area to await rescue. Schmidt said the two others have already been brought to safety.

The three volunteers with the Placer County Search and Rescue team were among several groups looking for the 75-year-old man reported missing along the South Yuba River about three miles outside the rural town of Washington, about 75 miles west of Reno, Nevada, the Sacramento Bee reported.

There was no further word on the man, but the paper said he was not believed to have any involvement in the shooting.

Schmidt said it wasn't clear what prompted the shooting.

"We have absolutely no information on who or why," he told The Associated Press in a telephone interview.

Search teams have likely hunkered down for the night and would resume the hunt for a suspect at daybreak, Schmidt said.