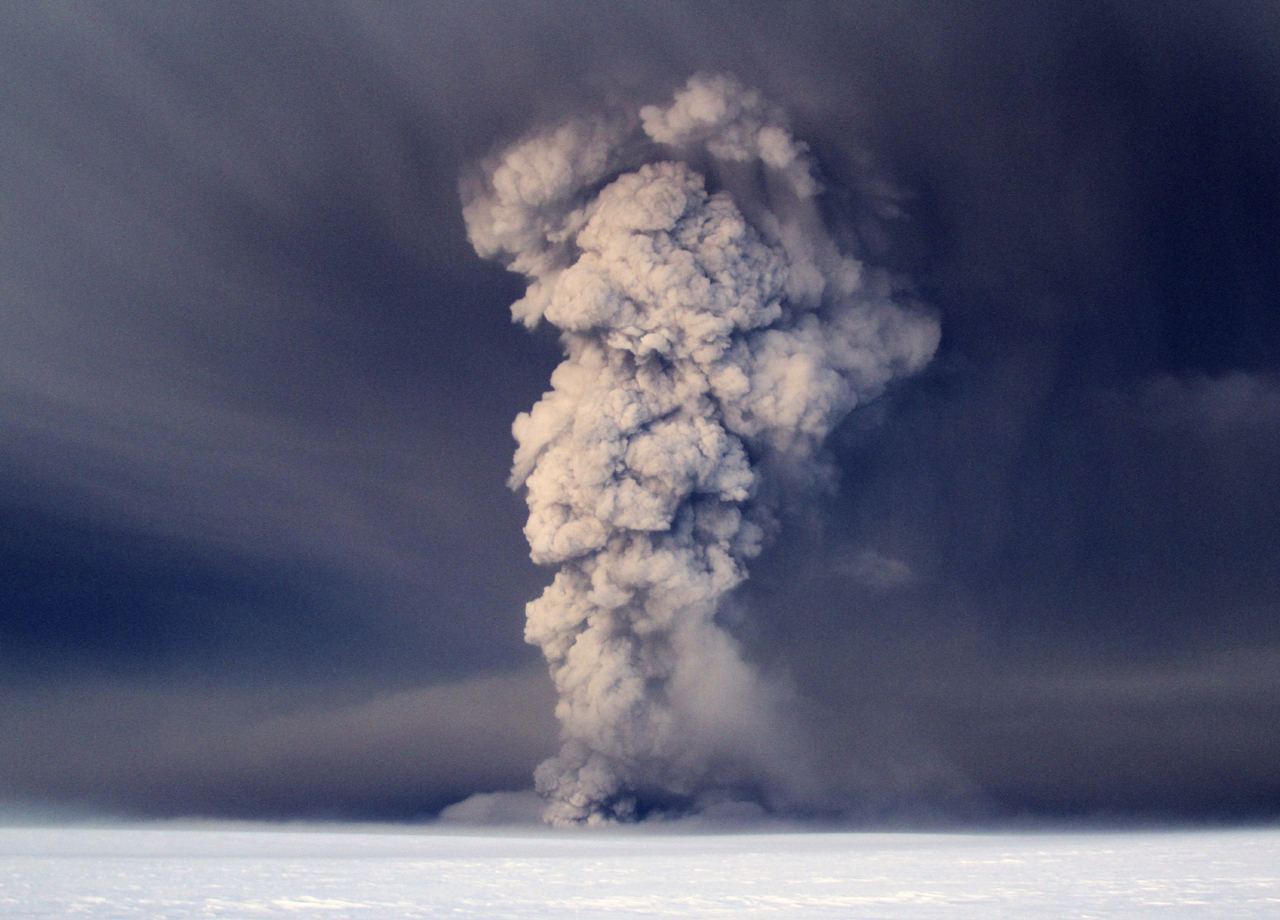 REYKJAVIK, Iceland — Iceland closed its main international airport and canceled domestic flights Sunday as a powerful volcanic eruption sent a plume of ash, smoke and steam 12 miles into the air.

Airport and air traffic control operator ISAVIA said Keflavik airport was closed at 0830 GMT (4:30 a.m. EDT), and no flights were taking off or landing.

Spokeswoman Hjordis Gudmundsdottir said the ash plume was covering Iceland, but "the good news is that it is not heading to Europe."

She said the ash was blowing northwest toward Greenland instead.

She said officials were investigating whether Iceland's other airports could take Keflavik-bound flights.

Trans-Atlantic flights were being diverted away from Iceland, and there was no sign yet that the eruption would cause the widespread travel disruption triggered last year by ash from the Eyjafjallajokull volcano.

In April 2010, officials closed the continent's air space for five days, fearing the ash could harm jet engines. Some 10 million travelers were stranded.

The Grimsvotn volcano, which lies under the uninhabited Vatnajokull glacier about 120 miles east of the capital, Reykjavik, began erupting Saturday for the first time since 2004.

University of Iceland geophysicist Magnus Tumi Gudmundsson said the new eruption was 10 times as powerful as the one in 2004, which lasted for several days and briefly disrupted international flights.

He told broadcaster RUV that the eruption was Grimsvotn's largest for 100 years.

Another geophysicist, Pall Einarsson, said last year's eruption was a rare event and Grimsvotn would likely have much less effect on international air traffic.

"The ash in Eyjafjallajokull was persistent or unremitting and fine-grained," Einarsson said. "The ash in Grimsvotn is more coarse and not as likely to cause danger as it falls to the ground faster and doesn't stay as long in the air as in the Eyjafjallajokull eruption."

Sparsely populated Iceland is one of the world's most volcanically active countries and eruptions are frequent.

Eruptions often cause local flooding from melting glacier ice, but rarely cause deaths. Police closed a main road near the volcano Sunday as heavy ash fell, coating cars and buildings in a gray film.

The Grimsvotn volcano also erupted in 1998, 1996 and 1993. The eruptions have lasted between a day and several weeks.