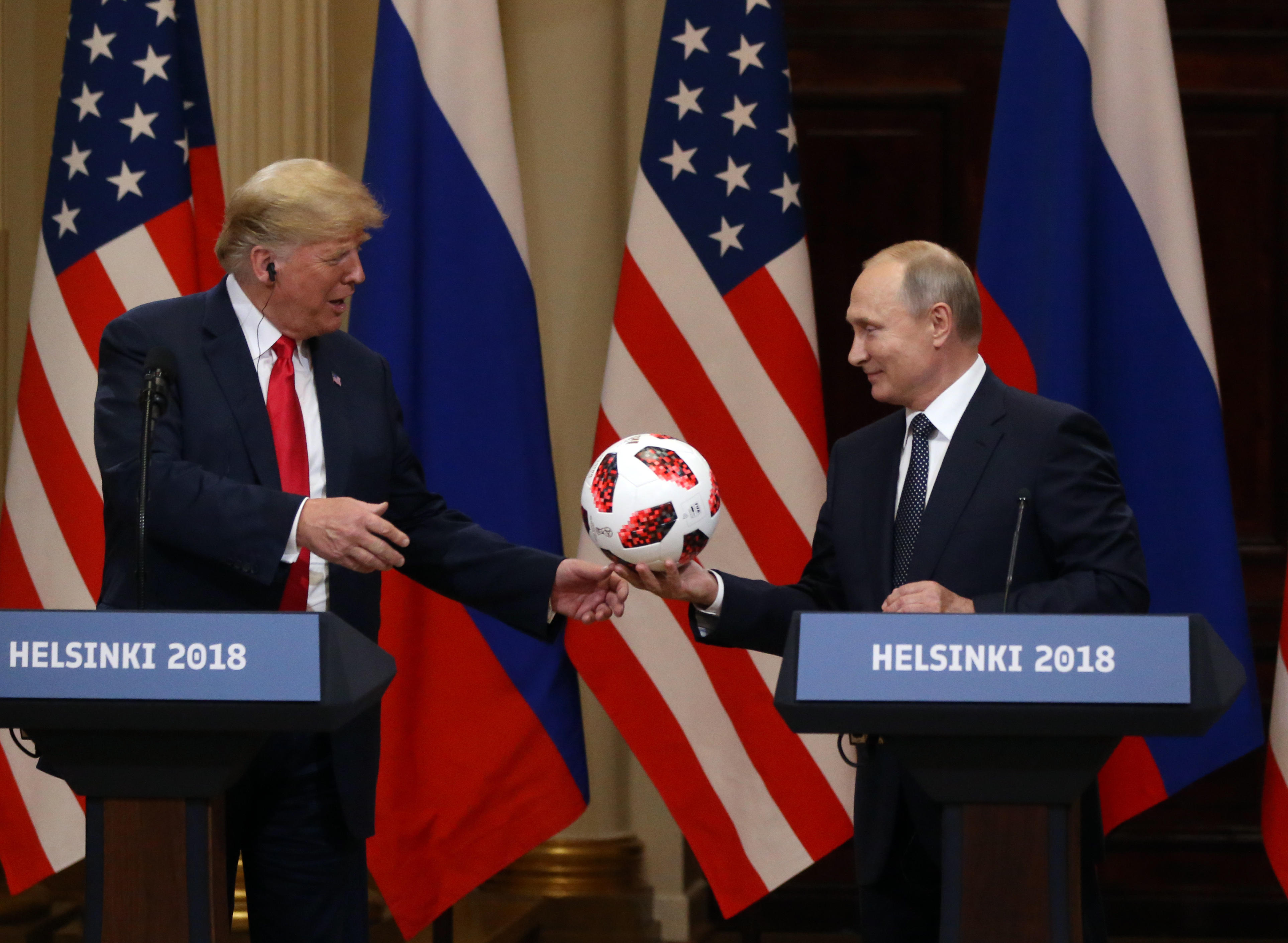 The soccer ball that Vladimir Putin gave President Donald Trump may have had a bug after all. Though it's not what you're thinking. Adidas says that particular ball is embedded with a microchip that accesses Adidas content for display on smartphones. Bloomberg first reported on Wednesday that "markings on the [soccer ball Putin gave Trump last week at the Helsinki press conference] indicate that it contained a chip with a tiny antenna that transmits to nearby phones."

During their joint press conference in Helsinki, Finland, Putin at one point gifted Mr. Trump with a World Cup soccer ball after successfully hosting the World Cup games in Moscow. Putin remarked to Mr. Trump as he tossed the gift that now the "ball is in your court." Mr. Trump then promptly threw the ball to his wife Melania seated in the front row of the press conference.

Following the summit, Sen. Lindsey Graham — a Putin critic — tweeted that he'd have it checked for listening devices.

"If it were me, I'd check the soccer ball for listening devices and never allow it in the White House," Graham tweeted after the summit.

That's exactly what the U.S. Secret Service has done. When asked last week about whether the Secret Service checked out the ball, they told CBS News that all gifts given to the president are subject to thorough security screening.

"All gifts given to the President are subject to thorough security screening.   The Secret Service does not comment specifically nor in general about the means and methods of our protective responsibilities," a spokeswoman said, pointing CBS to the White House for further comment.

Mr. Trump said he would give the red-and-white ball to his 12-year-old son, Barron, a soccer fan.