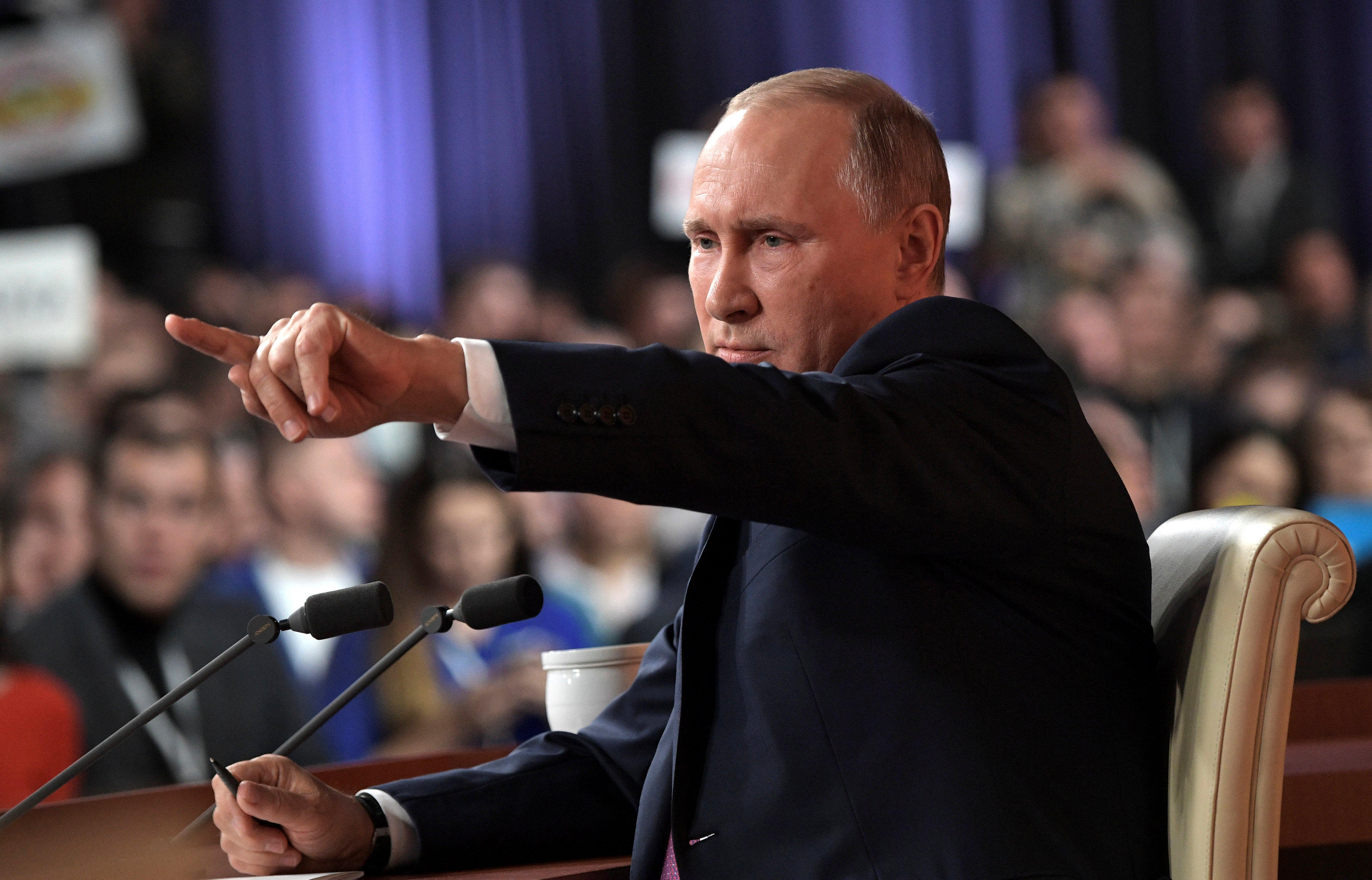 MOSCOW -- Russian President Vladimir Putin held his end-of-year news conference Thursday. CBS News correspondent Elizabeth Palmer was among the journalists packed into the hall for the ritual in Russian politics. Putin seized the opportunity to praise President Donald Trump, pointing to the strong financial markets in the U.S. and confidence among investors.

Mr. Trump, during a face-to-face meeting with Putin last month in Vietnam, said the Russian leader had denied any meddling in the American election, and that he believed him. On Thursday in Moscow, Putin doubled down on that claim, and his answer echoed some talking points from the Trump camp.

He said the accusations against Mr. Trump and his campaign had been spread by his political opponents in a bid to undermine his legitimacy.

Putin said he was puzzled by the infighting, which he said "inflicted damage to the domestic political situation" in the U.S. and showed "lack of respect for voters" who chose Mr. Trump.

The questions from the audience of journalists were wide ranging; everything from pensions to the North Korean nuclear crisis -- which Putin blamed on a past failures of American diplomacy.

Putin said Moscow was encouraged to hear Secretary of State Rex Tillerson's statement about readiness for talks with Pyongyang, hailing it as a "realistic" approach.

The State Department later walked back Tillerson's remarks, insisting the U.S. stance on engaging North Korea had not changed; that the U.S. is willing to hold bilateral talks, when Pyongyang is ready for "credible dialogue on the peaceful denuclearization of the Korean peninsula."

Putin emphasized that Russia opposes Pyongyang's nuclear bid and is ready for "constructive" cooperation to end the standoff. He added, however, that the U.S. "provoked" Pyongyang to develop its nuclear and missile programs by spiking a 2005 deal with Pyongyang.

At the same time, he sarcastically noted that U.S. calls on Russia to help settle the North Korean crisis follow the U.S. sanctions that put Russia on par with Iran and North Korea.

Palmer reports that the Russian leader's recent, unsurprising announcement that he had decided to run for re-election in 2018 also came up during the news conference. If he wins that election, which appears a sure bet, it will make him the longest-serving Russian leader since Stalin.

The next piece of political news to come out of Russia will be the actual date of the presidential election. The announcement is expected either Thursday night or Friday, but as Palmer notes, these things tend to leak out early in Russia, and it seems March 18 has been decided upon.