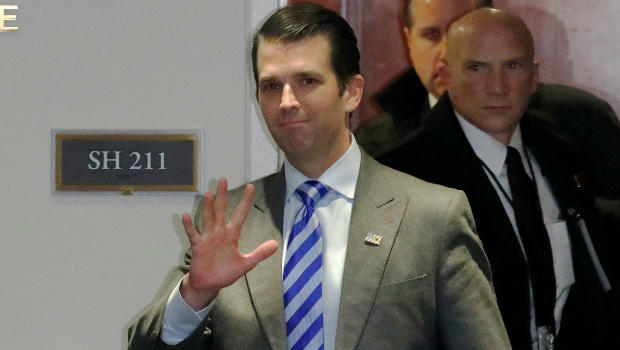 Investigators have been probing a June 2016 gathering at Trump Tower in New York in which a Russian lawyer connected to the Kremlin met with Trump Jr. and other senior campaign officials.

Virginia Sen. Mark Warner -- the highest ranking Democrat on the Senate intelligence committee -- has called for Trump Jr. to return to Capitol Hill for a public hearing.