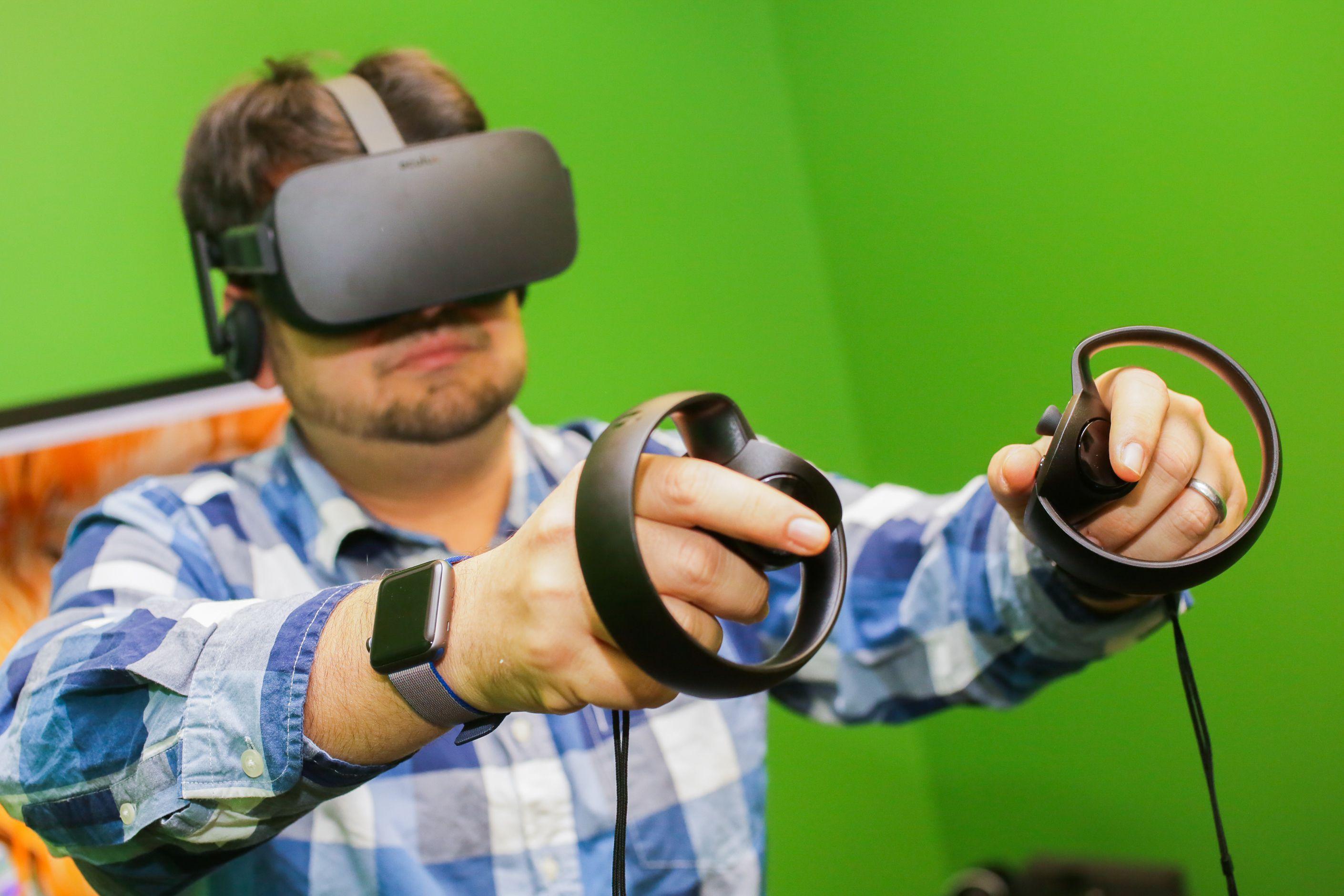 Call it a virtual disappointment. Or virtually unsurprising. I’ll just say I was virtually underwhelmed.

Whatever pun you choose, the virtual reality industry has some explaining to do after this year’s Consumer Electronics Show, during which the biggest product announcements can largely be categorized as “more of the same.”

Consider computer maker Lenovo, which showed off a VR headset whose primary selling point is that it’s cheaper than competitors like the $599 Oculus Rift from Facebook or the $799 HTC Vive -- though Lenovo isn’t discussing prices yet and the prototype on display doesn’t actually work.

There’s also Osterhout Design Group, which showed a new pair of smart glasses, powered by Google’s Android phone software and using the newest chips from Qualcomm. The glasses were supposed to be the latest entrant in the world of AR, or augmented reality, layering computer images on the real world you’re looking at. (Think Pokemon Go.) But you’d be forgiven if you confused them with last year’s model, though they promise better performance and visuals. It’ll launch by midyear, costing as much as $1,500.

Even Intel, the world’s largest chipmaker, which is developing its own VR headset, gave a presentation using nearly year-old devices from Facebook’s Oculus.

If you relied on CES to show you the latest in technology, VR was pretty much a no-show.

“It is concerning that people haven’t invented as much cool things to do with VR,” said Gartner analyst Brian Blau, on the sidelines of CES next to people checking out gadgets like smart locks with fingerprint sensors and this year’s reimagining of the multifunction remote control, which looked suspiciously similar to last year’s version.

Ian Paul, chief information officer for adult entertainment company Naughty America, said he’s concerned that there doesn’t seem to be a serious effort from content creators, aside from his competitors and the video game industry. As a result, it’s hard to find compelling content, which he said often leads people to find more and more. “You don’t have a rabbit hole experience in VR,” he said.

But he’s not concerned that there’s comparably little energy being put toward VR hardware products at this year’s show. Blau echoed that sentiment, adding that investment in hardware will likely happen over time. “There may not be an iPhone-like aha moment for VR,” he said.

Part of the reason is that after years of gee-whiz futuristic demos, people’s expectations have become unrealistic, said Lisa Zhao, co-founder of Chinese motion sensor startup LYRobotix. “Average users, they want the perfect glasses now,” she said. “That’s not how technology advances.”

For decades, VR was little more than a pipe dream, relegated to fiction, Hollywood props and a few hardware geeks. But that changed in 2012, when a startup called Oculus gained attention for promising affordable, high-quality goggles. Facebook bought the company two years later for $2 billion.

This holiday season marked the first time that high-end VR headsets from Oculus, Sony, HTC and other major players were on store shelves.

That’s why it’s surprising the industry had relatively little to say during CES this year.

At this point in the evolution of phones, companies were showing off new technologies like GPS, better cameras, stronger glass and new designs that experimented with bigger screens, faster downloads and wireless charging. There was excitement and energy and companies falling over themselves to show off gee-whiz, must-have features. Not to mention that there were more accessories than you could shake a stick at.

Last year, it appeared VR was on a similar trajectory after Intel showed off a helmet from a partner company called Daqri that could be configured to give construction workers a form of X-ray vision. They’d be able to see schematics as they looked at a building. It became one of the most talked-about products at the show.

But that energy fell away this year. Most VR companies at CES 2017 are talking about things few consumers will think about, like new sensor technology and software development tools. (Scott Stein, who reviews virtual reality tech for CNET, says “most of the major players in VR took CES off, and the biggest advancements needed to take VR forward — better displays, wireless, and less bulky designs — still haven’t gotten here yet.”)

All that said, there were a couple cool ideas, like footwear that makes you “feel” the virtual world you’re in, from a company called Cerevo. And a prototype metal rig called the Hypersuit that you lie on and that makes you feel as though you’re flying.

But a tour of the show floor, littered with companies offering their take on basically the same tech, seems like an indicator the industry’s virtually running out of new ideas just as it’s finally arriving on store shelves.

And that’s a real shame.