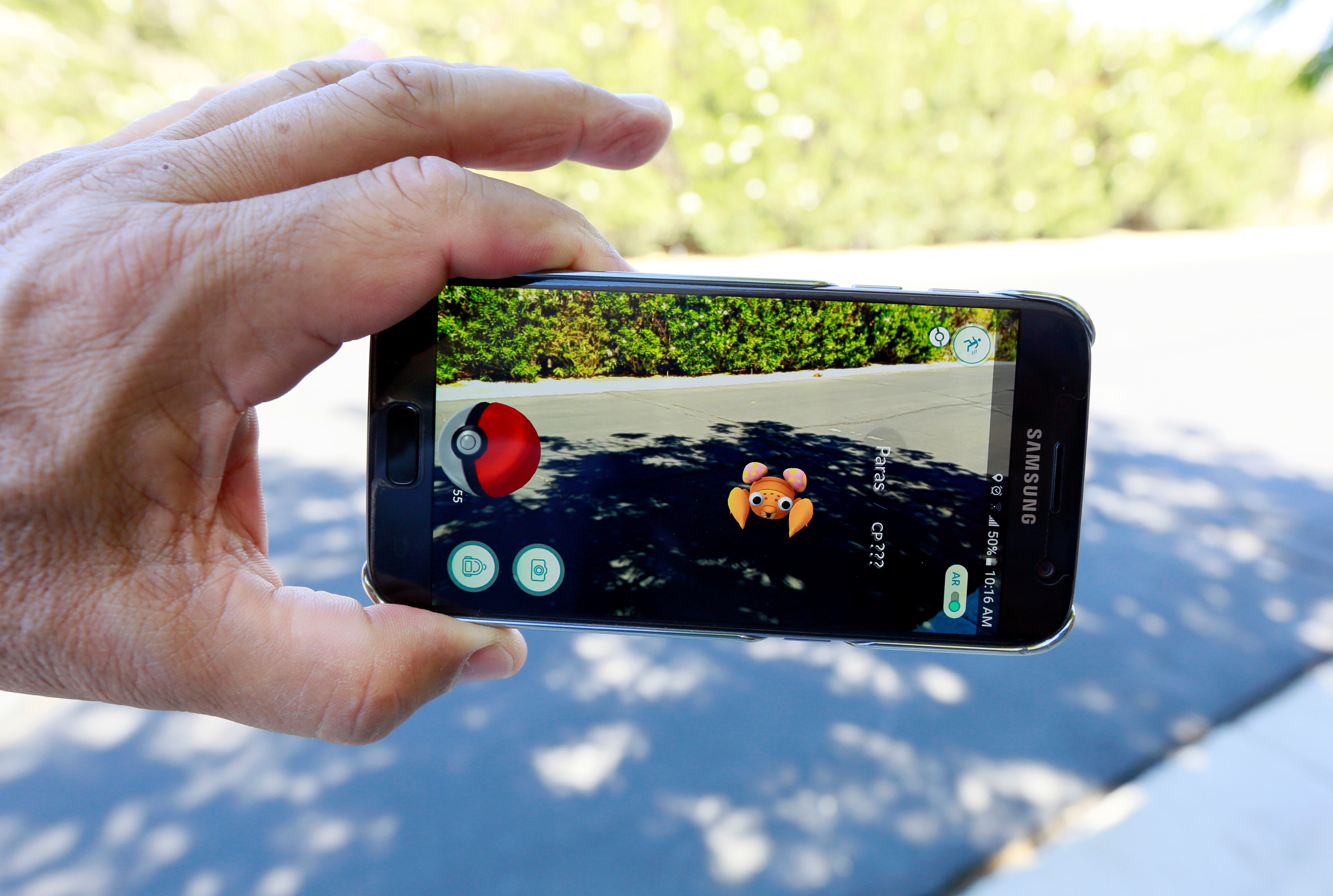 NEW YORK -- Stock in Nintendo soared 25 percent on Monday. In just days, the value of the Japanese company has grown $9 billion.

They walk among us, staring at their phones, searching for mythical creatures first made popular in the 90s.

"I've been playing Pokémon since I was like six, so this is something that has been big for me since I was a little kid," he said.

The classic video game, Pokémon, is among the best-loved gaming franchises in history. Since the release last week of its newest iteration, Pokémon GO is now one of the most downloaded apps ever.

In its first day of release, the game earned Nintendo an estimated $3.9 to $4.9 million. Not bad for a free app. The revenues come from in-game purchases that help players capture the various characters.

Using something called augmented reality, Pokémon GO takes the classic 90s video game into the real world. By tapping into your smartphone's GPS, clock and camera, Pikachu and 150 of his little friends appear in offices, on city streets, or even in New York's Central Park.

"Its really taken off. Its come out of nowhere," said CNET senior editor Dan Ackerman. "So it's kind of giving you the ability to not just sit there on your couch and play a game, but actually get up and go places."

And, according to Matrossov, it has also had some healthy benefits.

"The funny thing is this is probably the most walking that I've done all summer over the last three days," she said.

But it's not without risks. Players report injuries from walking into things while searching for the little creatures.

In Missouri, four people were arrested for allegedly luring players to a location using a feature of the game called a beacon, and robbing them.

The game's maker warns players must be aware of their surroundings and when going to unfamiliar places, to take a friend.

You never know who -- or what -- might be lurking in the shadows.