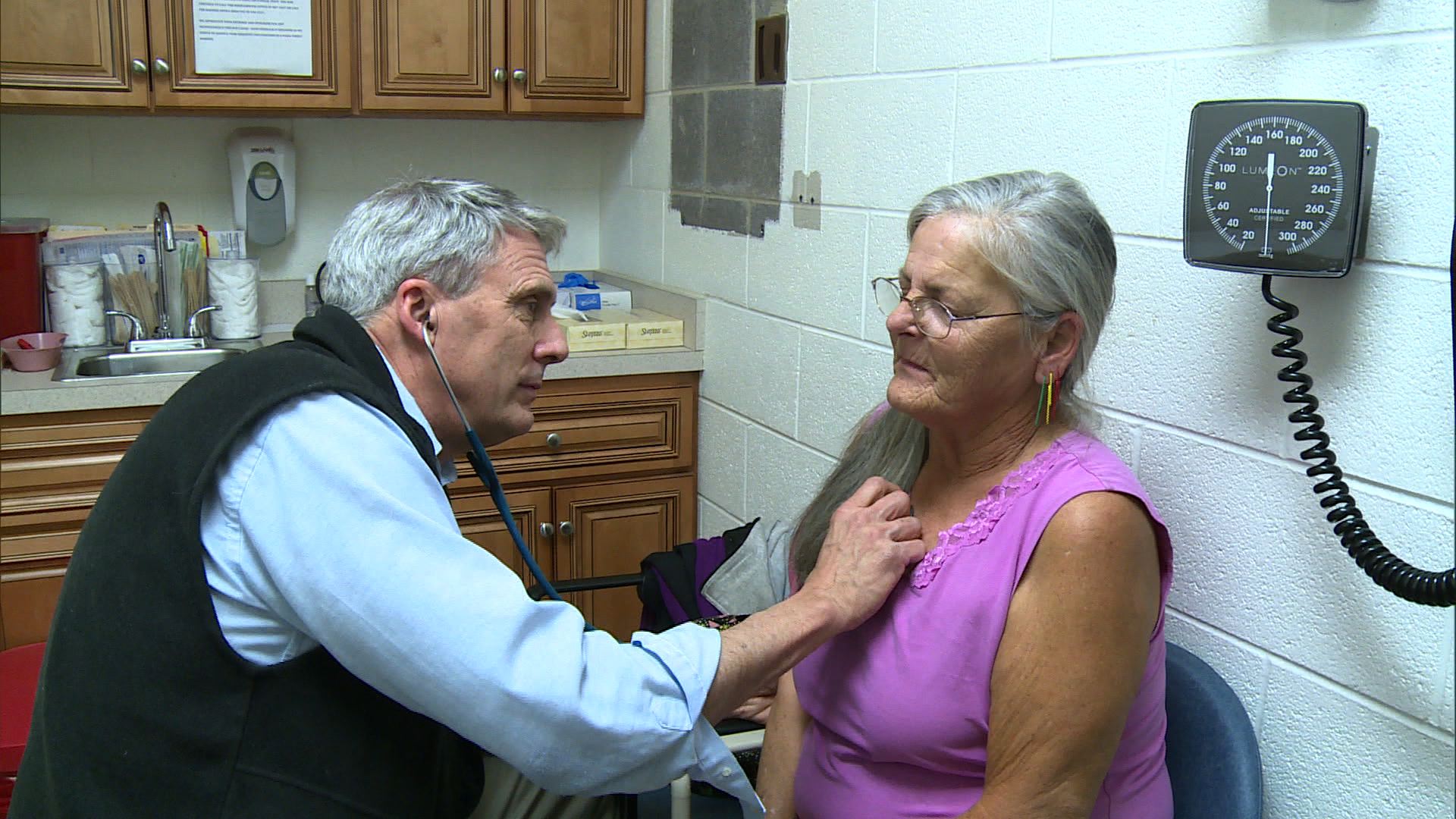 A decorated hero who served with the Army's elite Delta Force recently earned another honor: "Country Doctor of the Year," for his service to his neighbors and truckers.

In Raphine, doctors are hard to come by, and the nearest major hospital is 40 miles away. That was not good news for Cheryl Neighbors, who was stuck in the country town, 3,000 miles from home and having trouble breathing.

She was down to her last inhaler when she unexpectedly found Dr. Marsh. As a trucker, she'd passed through many times, but hadn't seen his clinic until now. It turns out she needed Dr. Marsh as much as he needed her.

His country practice was struggling and needed new patients -- not an easy task in a town of 200 people.

So when a friend suggested he set up a clinic at a local truck stop, Marsh, no stranger to risk, took a chance. He said he recognized the brilliance of the idea when he drove over one evening and saw how many trucks were parked there.

More than 700 truck drivers stop in the Shenandoah Valley town every night. There is also high speed internet along the highway and many drivers pay in cash -- all a recipe for good business. But it's a business that earned him a few funny looks from locals.

"I want our drivers to know this is not a fly-by-night, 'Hey, there will be a different person here every time you come in. Hey, I'm established,'" Marsh said. "I've been here for 20 years. I'll be here for another 20 years."

It was a blessing for Neighbors, who was able to park her truck outside his clinic.

"I do have an asthma problem, and I do have high blood pressure which needs to be monitored," she said. "I drive a truck -- it's 80,000 pounds of rolling death. What happens if something goes wrong because I haven't seen my doctor and I didn't notice it?"

Now truckers like neighbors are helping keep Dr. Marsh's clinic open. But his kind is rare; only 17 percent of doctors are solo practitioners, down from 25 percent just two years before.

"Money is not all or everything that drives us. At least for me," he said.

Dr. Marsh also makes house calls in the community where he was raised. There's a 92 year-old grandmother who lives miles from his office, and Josh Smith, who suffered a brain injury in a car crash.

Traumatic injuries are nothing new for Dr. Marsh, an Army doctor with the famed Delta Force.

During a tour in Somalia he was treating soldiers hurt during the battle of Mogadishu, made famous by the 2001 movie "Blackhawk Down." A mortar blast injured and nearly killed him.

Back home, people prayed around the clock and he said his town saved his life, so he's come back to help them.

"I think in some ways, there's that give back. I do get a lot, though, from my community," Marsh said. "I get a positive feel when I take care of people, and that smile on a child's face, or that handshake from a truck driver, that 'thank-you doc.' That means a lot."

Dr. Marsh's clinic is no longer gasping for air, and neither is Neighbors, who just an hour after her visit was back in her truck headed down the road.