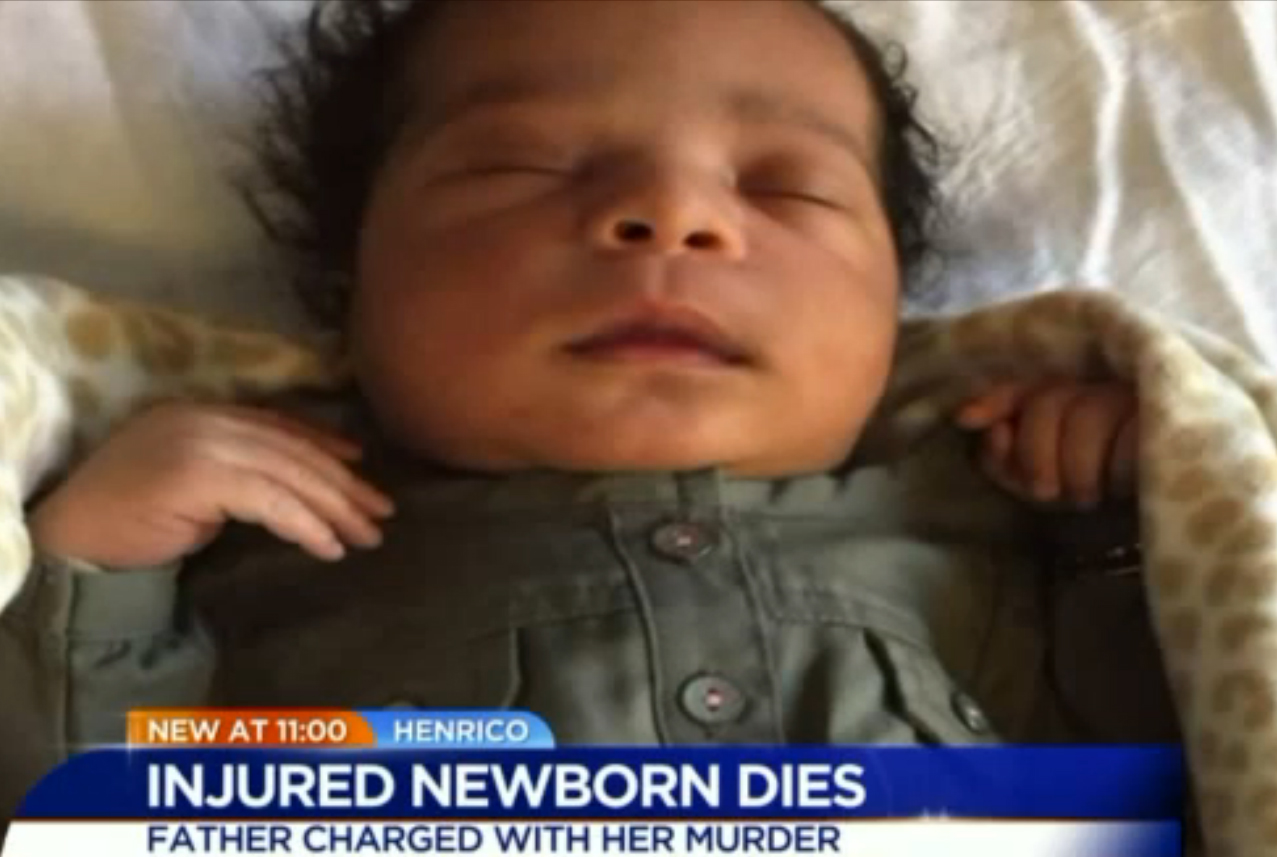 HENRICO COUNTY, Va. -- A Virginia man has been charged with first degree murder in the January death of his weeks-old daughter, CBS affiliate WTVR reports.

Accused of killing 7-week-old Trinitie, Diquan Burns was reportedly booked at the Henrico Jail. He was then released on a $35,000 bond Wednesday, according to the station.

Baby Trinitie Burns was born on Dec. 2, 2015. On Jan. 21, she was rushed to a hospital and died four days later, according to the station.

According to WTVR, sources tell the station a search warrant was issued for the family's home after Trinitie appeared at the hospital with injuries to the left side of her face.

The child's uncle told the station that although the newborn was in their lives for a short time, she made a lasting impression.

"She was loved by her family," Ratron Allen said, according to WTVR. "She was an angel from the man above."

The child's death should act as a reminder to parents that tomorrow isn't guaranteed, Allen added.

"I urge people to slow down and look at their relationships and be careful who you leave your kids with," he said "They are precious."