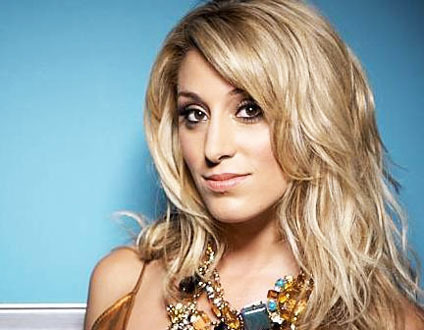 NEW YORK (CBS) Despite her emotional and nasty reunion with ex Jake Pavelka, Vienna Girardi is saying she's content with how things turned out on the Monday special.

PICTURES: Jake and Vienna, The Way They Were

"Thank you for all your support. The truth will always prevail. I'm so glad people see what I have been going through. Love you all," Girardi wrote on her Twitter account after the segment aired.

Girardi, 24, and Pavelka, 32 reunited for the first time last Wednesday since their highly-publicized split

Their reunion, which was aired on Monday night's episode of "The Bachelorette", turned to be an ugly verbal showdown as the two took the opportunity to clear their names.

During the interview, the two exes pretty much disagreed on every single topic that was discussed. Girardi claimed that the relationship went downhill right after the first month and said Pavelka would only show affection when the camera's were rolling.  Pavelka retaliated and said "She' like a tabloid. You get 40 percent of the truth."

He later told Giraridi he was "disgusted" with her for selling her story to Star magazine, while Girardi equally lashed back, calling him a "fame whore."

The interview ended abruptly after Pavelka snapped at Girardi, forcing her to storm off in tears.