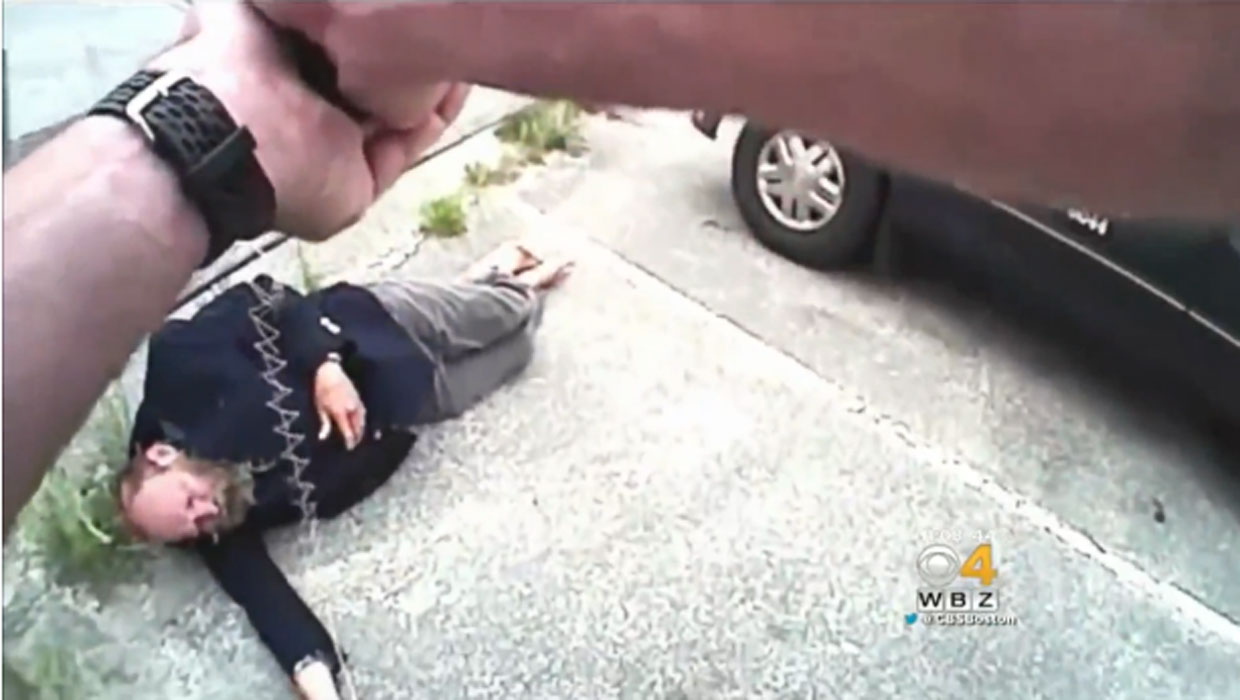 Don Savage, 56, told the station he and his wife were visiting Cape Cod in June when the incident occurred. The couple reportedly claims they were given permission to park in a spot for which they did not have a permit for 10 minutes. After 30 minutes, a federal park ranger came over and demanded to see Savage's photo ID.

The ranger's body camera video shows Savage showing his ID after a few moments. Then, the ranger demands that he sit on the ground and tackles him when he doesn't comply. More than four minutes later, the ranger is seen tasing Savage when he moves his arms.

Savage is facing federal charges of assaulting a federal officer. He told the station he bit the ranger's hand as he was tackled. His case is scheduled for trial in February.

"When I approach a police officer I'm going to know to be damned afraid and not do anything because what's happening these days is that the average citizen has the responsibility to calm down the arresting police officer," Savage told the station.

The Superintendent of the Cape Cod National Seashore told the station that the case is still under investigation. The U.S. Attorney's office would not comment because of the ongoing case.