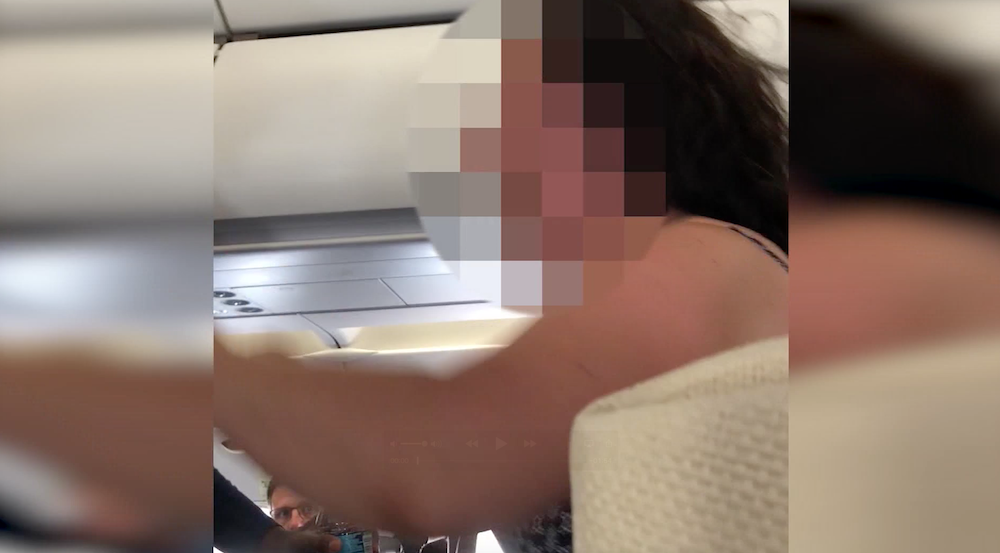 Spirit Airlines flight 346 was flying from Houston to Minneapolis on Monday but diverted to Rochester when flight attendants discovered a male passenger in need of medical attention. But when the plane landed, Calder said the woman demanded to be allowed off.

"All of a sudden that's where the lady came running from the back of the plane," Calder said. "She started saying she's not going to calm down and wanted off the plane and such."

Police arrived and escorted the woman off the plane. Calder said that she was worried for her 15-year-old daughter's safety during the incident.

"I was one row behind the emergency exit door. Now we were landed, but who knows what this woman could have done," she said.

Police said the woman was taken for a mental health evaluation, according to KHOU. Spirit Airlines apologized to customers in a statement.

"We apologize to our guests who had to witness this and for the inconvenience of the delay," a company spokesperson told KHOU-TV. "Safety (is) our top priority at Spirit Airlines."