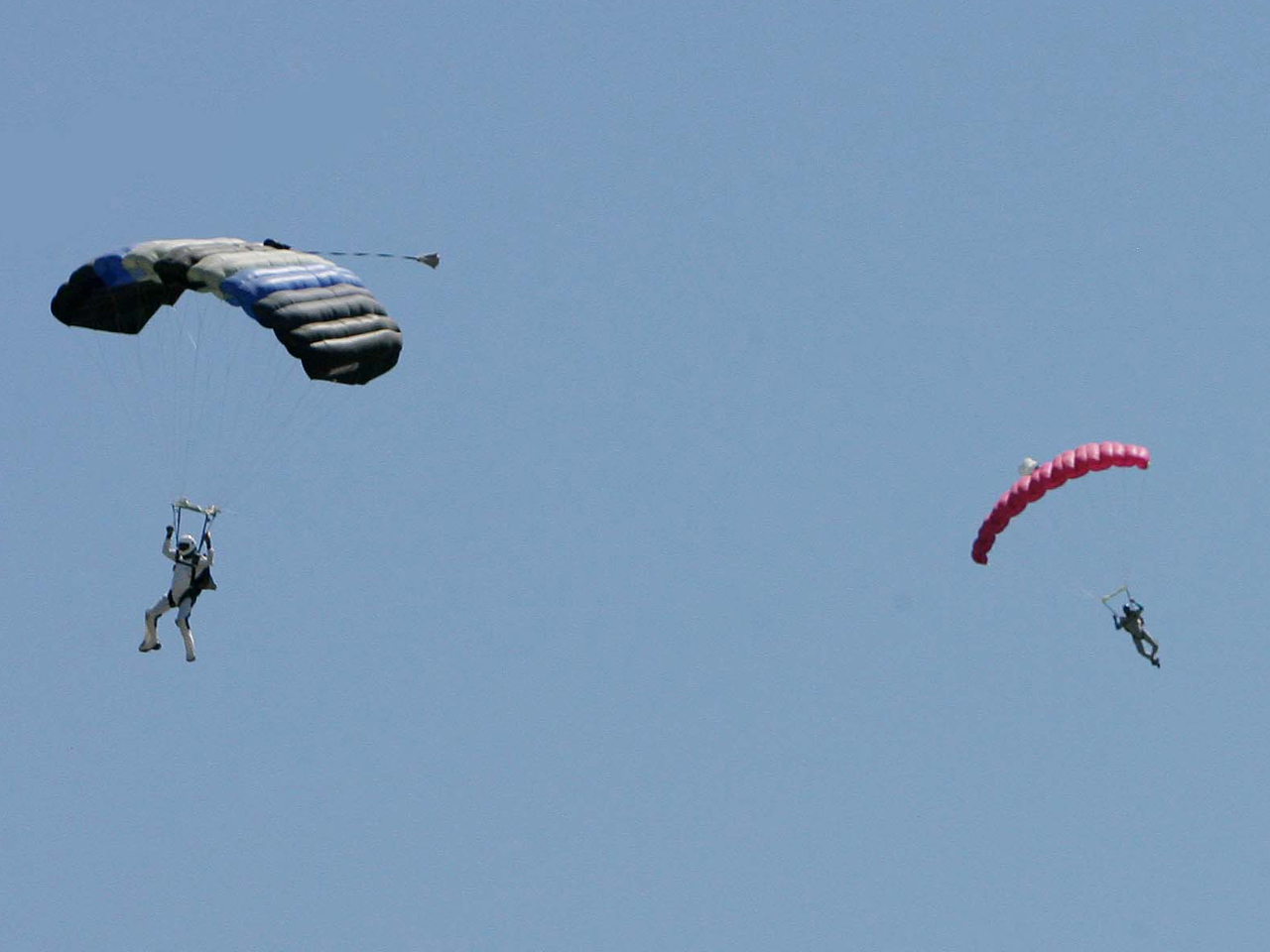 ZEPHYRHILLS, Florida Authorities say video from a fatal skydive that killed two Icelandic jumpers shows the instructor trying to help his student moments before they hit the ground.

"He was a hero," Lindsey said of Arnarson. "He died a hero."

The sheriff's office said it will not be releasing the video of the skydivers' last moments. The agency cited a state law that keeps recordings that depict people dying from being released.

Arnarson, 41, and Pordarson jumped separately, not in tandem, on Saturday after successfully completing two jumps earlier that day. They did not return from their third jump, and their bodies were discovered later that evening in the woods.

The skydivers were part of a jump through Skydive City in Zephyrhills.

The co-owner of the Florida skydive facility said the men didn't deploy their main parachutes. Both had backup automatic activation devices, but they didn't have time to fully inflate.

In 2010, Skydive City co-owner T.K. Hayes told The Tampa Tribune there had been 10 or 12 deaths in Skydive City's 20-year history.

Last year, Dr. T. Elaine McLaughlin died on a jump at Skydive City on New Year's Day after her chute failed to open properly, CBS Miami reported. She was a resident of the Tampa Bay area and practiced family medicine in St. Petersburg.

The cause of death was blunt force trauma, the medical examiner's office said. Autopsy results were pending, but a preliminary investigation determined that the deaths were accidental.

Out of just over 3 million jumps, 19 skydivers died last year across the U.S., according to the United States Parachute Association. Experts said it is very rare for two jumpers to die in the same accident.