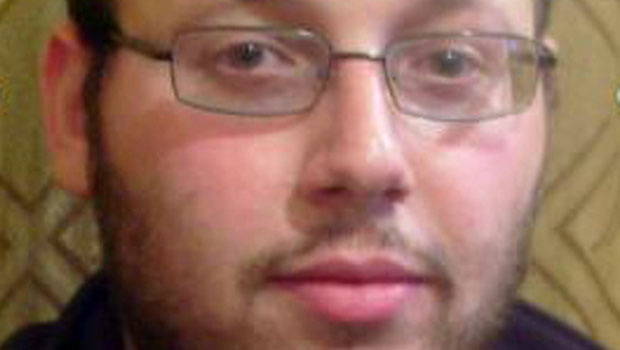 BEIRUT -- The Islamic State of Iraq and Syria terrorist group released a video Tuesday purportedly showing the beheading of a second American journalist, Steven Sotloff, just days after Sotloff's mother had pleaded for his release.

The ISIS extremists warned President Obama that as long as U.S. airstrikes against the militant group continue, "our knife will continue to strike the necks of your people."

The footage - depicting what the U.S. said appeared to be a sickening act of brutality - was posted two weeks after the release of video showing the killing of James Foley.

Early Wednesday, the U.S. said the video is authentic.

Barak Barfi, a spokesman for the family, said the Sotloffs had seen the video but that authorities have not established its authenticity.

"The family knows of this horrific tragedy and is grieving privately. There will be no public comment from the family during this difficult time," Barfi said.

Sotloff, a 31-year-old Miami-area native who freelanced for Time and Foreign Policy magazines, vanished in Syria in August 2013 and was not seen again until he appeared in a video released last month that showed Foley's beheading. Dressed in an orange jumpsuit against an arid Syrian landscape, Sotloff was threatened in that video with death unless the U.S. stopped airstrikes on ISIS.

In the video distributed Tuesday and titled "A Second Message to America," Sotloff appears in a similar jumpsuit before he is apparently beheaded by a fighter with ISIS, the extremist group that has conquered wide swaths of territory across Syria and Iraq and declared itself a caliphate.

In the video, the organization threatens to kill another hostage, this one identified as a British citizen David Cawthorne Haines.

The video was released shortly before Obama left Washington for a NATO summit in Wales about, among other things, the crisis in Ukraine. The president will be stopping first in the former Soviet republic of Estonia.

Obama was briefed on the Sotloff video before leaving Washington. The second murder of an American intensifies pressure on the president to develop a military strategy against ISIS in Syria, the extremist group's base of operations.

Last week, the president admitted he was still searching for that strategy. He is weighing whether to launch airstrikes against ISIS targets inside Syria.

In Washington, State Department spokeswoman Jen Psaki said U.S. intelligence analysts will work as quickly as possible to determine if the video is authentic. Senior officials told CBS News they had no reason to doubt its authenticity.

"If the video is genuine, we are sickened by this brutal act, taking the life of another innocent American citizen," Psaki said. "Our hearts go out to the Sotloff family."

Psaki said it is believed that "a few" Americans are still being held by ISIS but would not give any specifics.

The fighter who apparently beheads Sotloff in the video calls it retribution for Obama's continued airstrikes against the group.

"I'm back, Obama, and I'm back because of your arrogant foreign policy towards the Islamic State ... despite our serious warnings," the fighter says. "So just as your missiles continue to strike our people, our knife will continue to strike the necks of your people."

The masked executioner speaks in a British accident and appears to be the same man shown beheading Foley in the earlier videotape. He is believed to be a radical who left Britain to join ISIS.

The killer specifically mentions the recent U.S. airstrikes in Iraq around the Mosul dam and the beleaguered town of Amirli, making it unlikely that Sotloff was killed at the same time as Foley, as some analysts had speculated.

Over the weekend, Iraqi government forces with help from U.S. airstrikes broke the militants' two-month siege of Amirli, a town where some 15,000 Shiite Turkmens had been stranded.

In a sign of disorganization - or perhaps dissension - in the extremist group's ranks, it appeared that a faction of ISIS posted the video early, before it was supposed to be released. In a later Twitter message, those responsible apologized and asked fellow jihadis not to "reproach" them.

Shirley Sotloff, pleaded with his captors for mercy, saying in a video that her son was "an innocent journalist" and "an honorable man" who "has always tried to help the weak."

ISIS, which has taken over a third of Syria and Iraq, has terrorized rivals and civilians alike with widely publicized brutality as it seeks to expand a proto-state it has carved out on both sides of the border.

In its rise to prominence over the past year, the extremist group has frequently published graphic photos and gruesome videos of everything from bombings and beheadings to mass killings.

Sotloff grew up in the Miami area, graduated from Kimball Union Academy, a prep school in New Hampshire, and then enrolled at the University of Central Florida.

UCF spokeswoman Zenaida Gonzalez Kotala said Sotloff was a student majoring in journalism from 2002 to 2004. She said the school has no record of him graduating.

Just how Sotloff made his way from Florida to Middle East hotspots is not clear. He published articles from Syria, Egypt and Libya in a variety of publications. Several focus on the plight of ordinary people in war-torn places.

In a statement, Foreign Policy magazine said it was saddened by news of his death and called him a "brave and talented journalist" whose reporting "showed a deep concern for the civilians caught in the middle of a brutal war."

Time Editor Nancy Gibbs said Sotloff "gave his life so readers would have access to information from some of the most dangerous places in the world."

House Foreign Affairs Chairman Rep. Ed Royce, R-Calif., said the new video demonstrates the Islamic State's "barbarity across the region - beheading and crucifying those who don't share their ideology." He said the U.S. and allies need to step up military action against the group, including through airstrikes.

Foley's family offered their condolences in a brief statement on Facebook: "We pray for the soul of Steve Sotloff and for his family and friends."

At Sotloff's parents' home in Pinecrest, Fla., two police vehicles blocked the driveway Tuesday and officers advised journalists to stay away. Friends of the family could be seen coming and going.

"Everyone's been concerned. Everyone is grieving," neighbor Pepe Cazas said. "It's terrible. I've been praying for him."