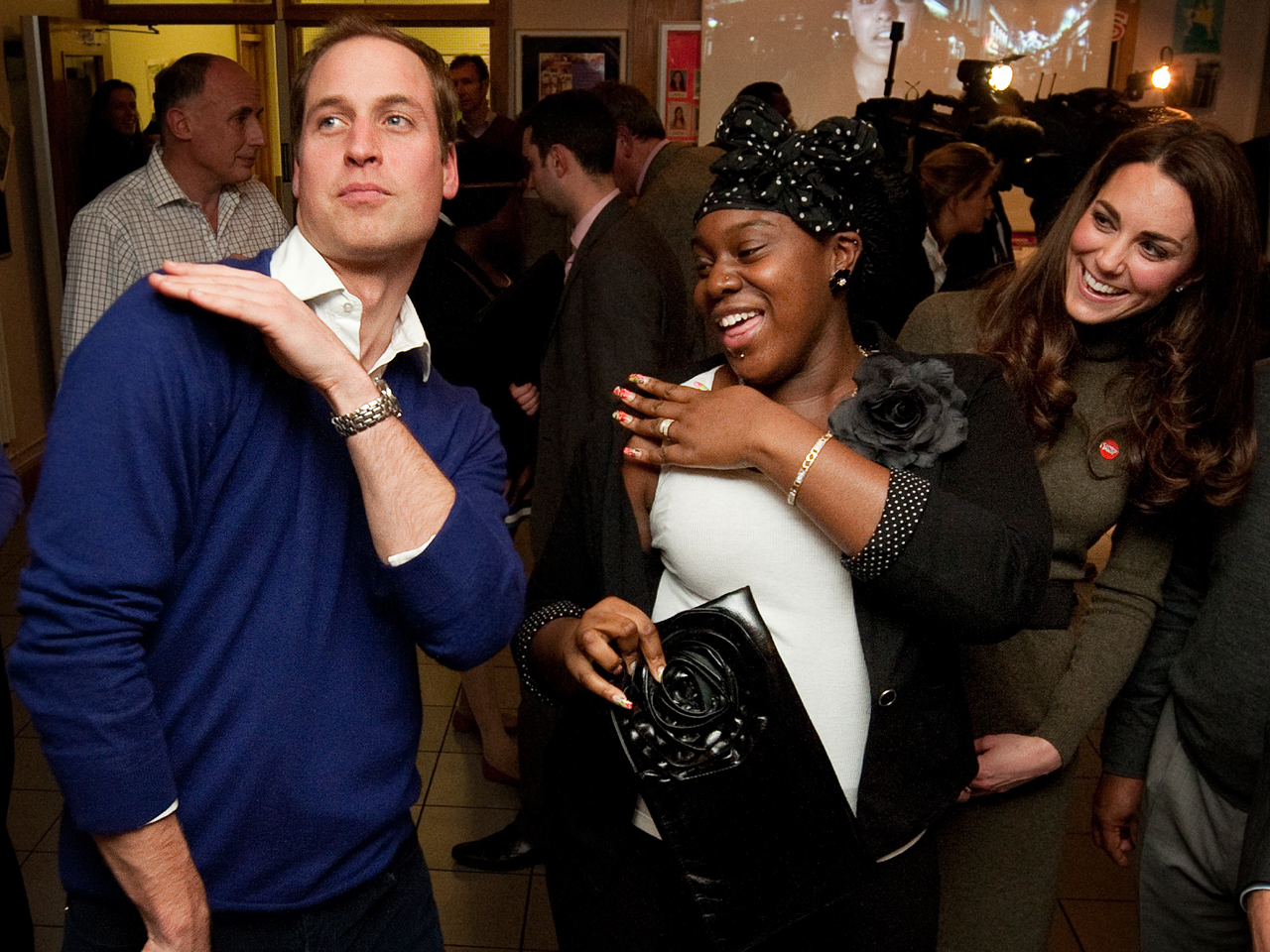 (CBS) The prince has got some moves.

During a Christmastime stop at a London charity for homeless youth, Prince William started dancing with 18-year-old Vanessa Boateng, one of the shelter's residents, as his wife, Kate, looked on laughing.

The dance was dubbed the "swag dance," according to Britain's Sky News, and was inspired by a discussion about the prince's attire at his wedding in April.

"William asked us what we thought about what he wore to his wedding. He said, was his suit dapper?" Boateng told Sky News. "I said, 'No, your swag was on point.' He repeated my words and said 'swag', then he started doing this dance."

William and Kate, both 29, made the visit to the Centrepoint shelter on Wednesday. William has been patron of the charity since 2005.