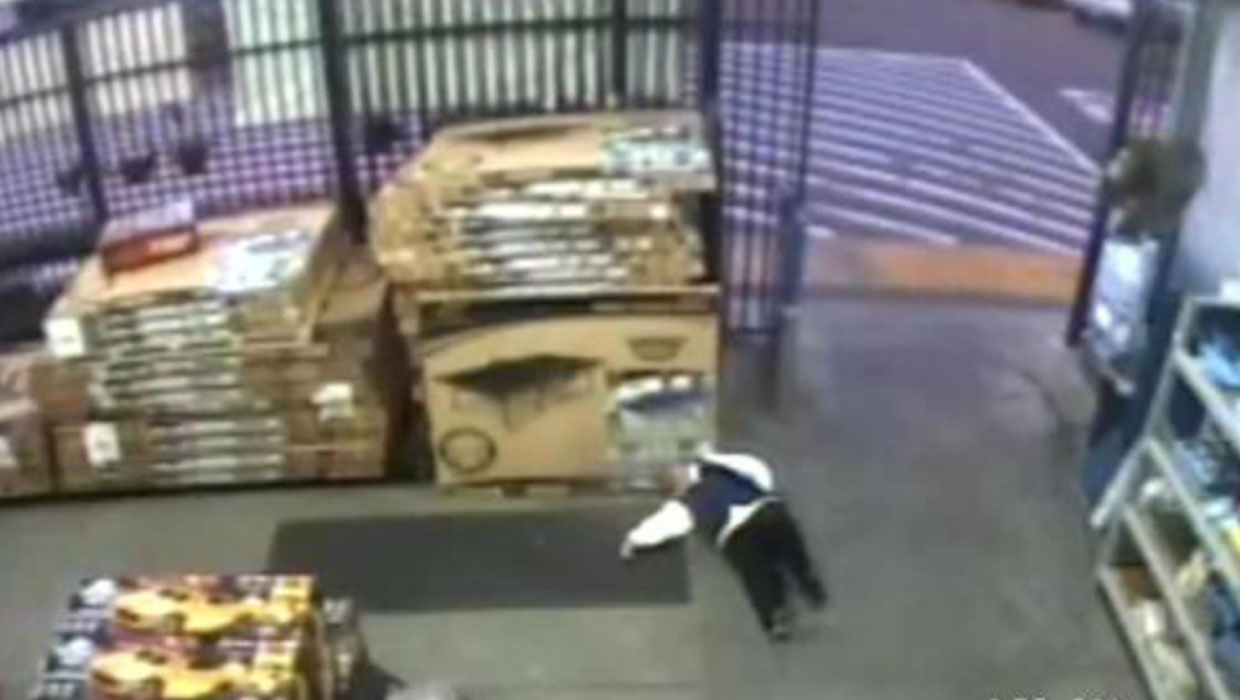 MURRIETA , Calif. -- Police are looking for a man caught on video pushing a 78-year-old Southern California Walmart employee to the ground after she tried to stop him from stealing a computer, reports CBS Los Angeles.

Police said the incident Dec. 11 unfolded after the store associate noticed the suspect carrying a computer wrapped in an anti-theft device.

According to police, the elderly associate tried to check the man's receipt but was pushed to the ground instead. The suspect made off in an older model, black Mercedes-Benz with no plates, police said.

The woman injured her hip and is still recovering.