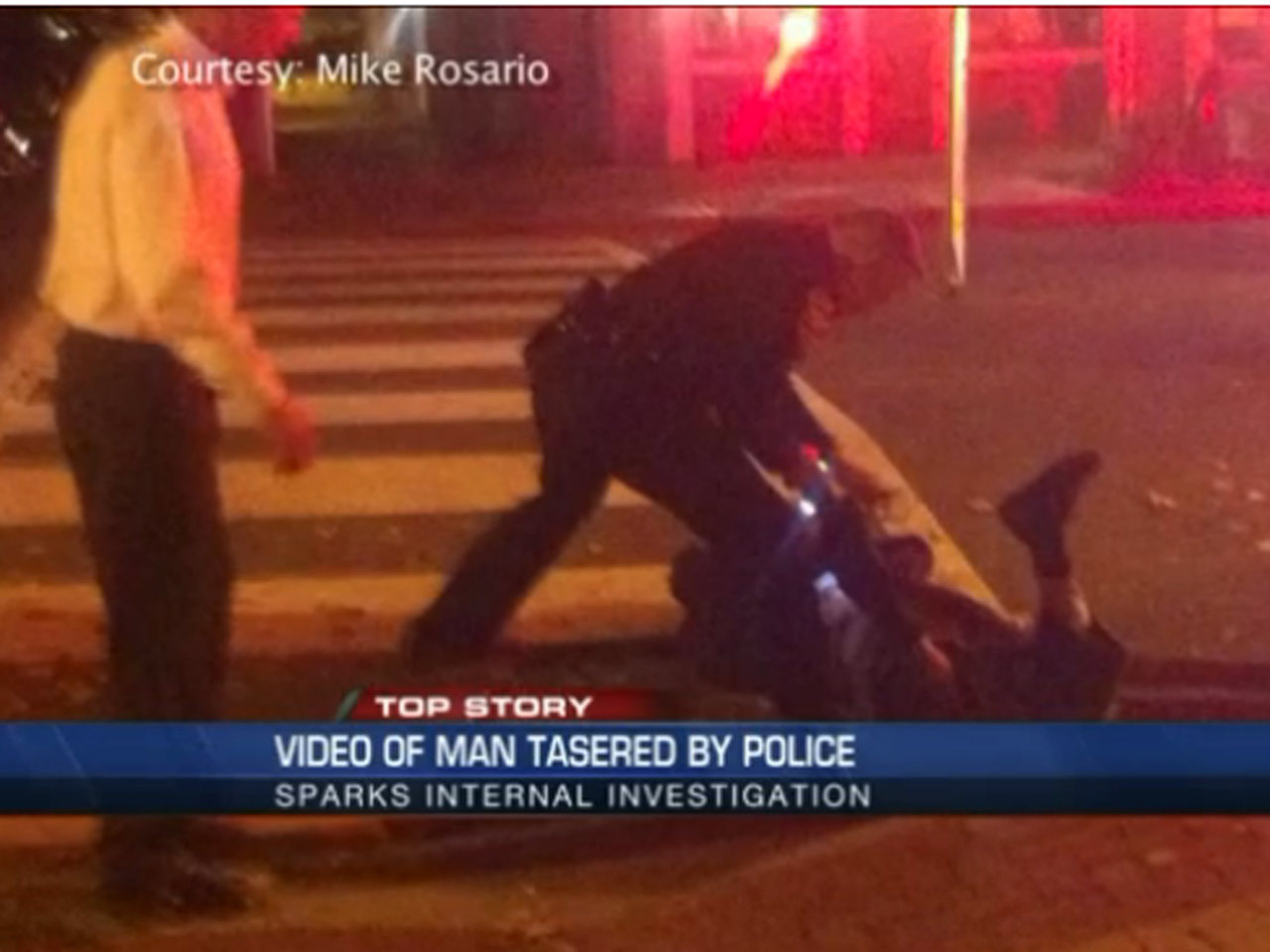 (CBS) FREDERICKSBURG, Va. - Police in Fredericksburg, Va. have launched an internal investigation after an officer was caught on video using a Taser on a fleeing suspect Saturday night, reports CBS affiliate WTVR.

Police say it all began with a hit-and-run accident 7:30 p.m. Saturday in Fredericksburg. A witness called 911 and reported a Buick was seen hitting five parked cars.

The driver allegedly fled the scene on foot, but the first officer to arrive on scene found the passenger of the car, Lantz Day, nearby, according to the station.

"The officer had the guy on the ground face down telling him calmly, 'Sir, this is just a traffic accident, stay down let us figure this out,'" Michael Rosario, who witnessed the incident, told the station.

Police said Day refused to comply. In video taken by a witness, Day is seen attempting to flee before an officer apparently deploys a Taser.

What appears to be the electric, snapping sound of the Taser is heard for 42-seconds in the video, as Day yells in the background, according to the station.

According to Fredericksburg.com, the police department's use of force policy states that, "A subject fleeing from an officer, by itself, is not justification for the Taser to be deployed and is prohibited."

Day was arrested for obstruction of justice. Police say the officer involved in the incident is currently on administrative duty pending the outcome of the investigation.