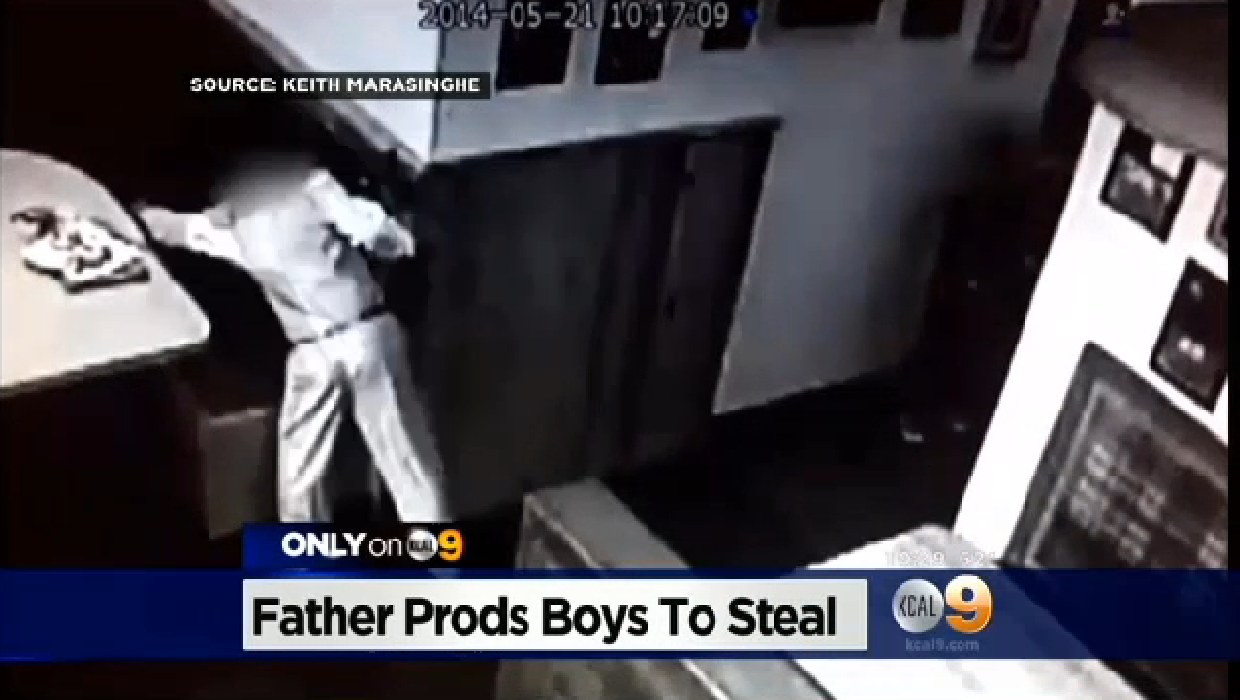 ONTARIO, Calif. - A security tape from an Ontario, Calif. restaurant purports to show a father coaching -- and repeatedly coaxing -- his two young sons to steal sunglasses from a table. When one of the young boys balks, the other son steps up to commit the act, reports CBS Los Angeles.

Keith Marasinghe, owner of Zeke's Eatin' Place, where the incident took place on May 2, told the station he was shocked when he saw the 42-second video.

"I played the tape three or four times before I could actually digest it," said Marasinghe.

The father is seen on the video looking around to see if the coast was clear. At that point, he tells his older son to swipe the Ray-Bans, CBS Los Angeles reported.

Marasinghe said he was disgusted by what he saw and decided to post the video on YouTube.

By checking credit card receipts, Marasinghe said he knows who the father is -- but has chosen not to file a police report.

"He's a loser, this is a loser dad," he said. "Not the kind of example we need to set for our kids. He used the kids as a pawn."

The restaurant owner said his heart broke when the family walked out.

"The kid stopped, turned 90 degrees, looked me square in the eye and he felt very guilty," said Marasinghe.

The restaurant owner also told the station he's hoping the father and his sons see the video and learn a valuable lesson.