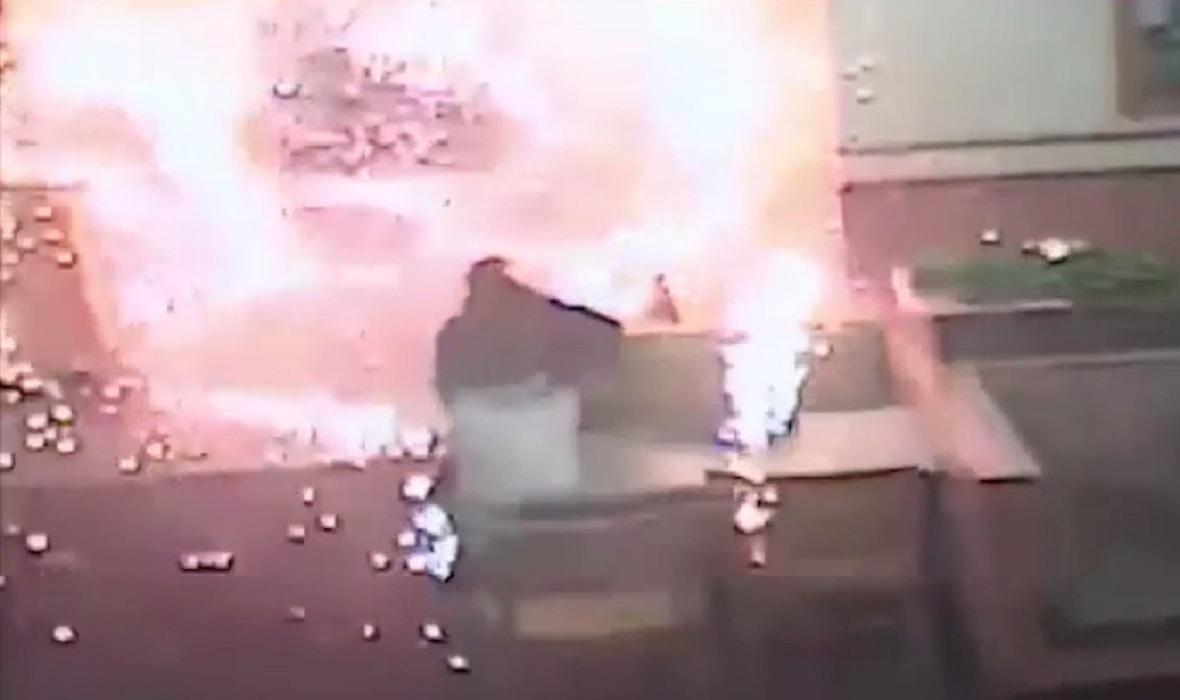 DEERFIELD BEACH, Fla. -- Authorities are searching for a group of males that threw a lit firework into a Florida Wendy's restaurant, CBS affiliate WPEC reports.

The Broward County Sheriff's Office released surveillance video of the July 5 incident. A restaurant employee can be seen sitting at a table when a door in the background is opened and the already-lit firework is tossed inside.

It rests against a wall before sending sparks and flares around the restaurant as the employee runs away.

Authorities say the firework made a 7-inch hole in the base of the wall, but no one was injured in the incident.

Deputies say a group of eight to 10 young males were seen fleeing the scene.