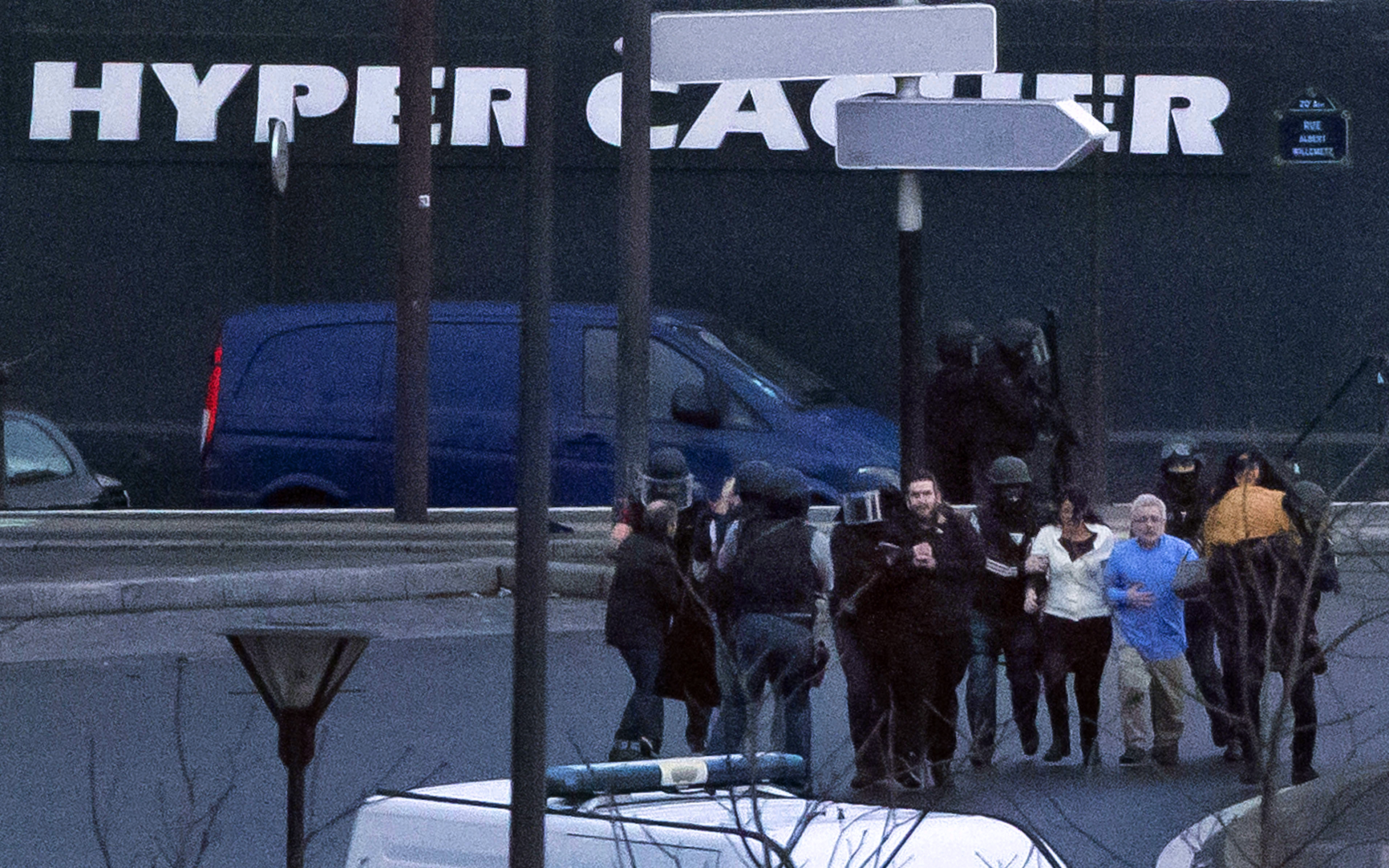 PARIS - A video emerged Sunday purporting to show the gunman who killed a French policewoman and four hostages at a kosher grocery, pledging allegiance to the Islamic State of Iraq and Syria (ISIS) and defending the attacks on the satirical newspaper and the Jewish store.

The SITE Intelligence Group said it had verified the video, which shows a man resembling Amedy Coulibaly with a gun, exercising and giving speeches in front of an ISIS emblem. He defends the attacks carried out on the satirical newspaper Charlie Hebdo, police and the Jewish store.

"What we are doing is completely legitimate, given what they are doing," Coulibaly told the camera in fluent French. "You cannot attack and not expect retribution so you are playing the victim as if you don't understand what's happening."

Coulibaly took over the kosher grocery, demanding freedom for the brothers who carried out the massacre at newspaper Charlie Hebdo. At the time, the brothers were trapped in a printing house near Charles de Gaulle airport.

All three men were killed in nearly simultaneous raids by security forces.

In the video, Coulibaly claims he and the brothers "did things a little bit together, a little bit separated. It was more to cause a bigger impact." He also claims to have given an unspecified individual "a few thousand euros for him to to finish to complete what he had bought."

French authorities said Wednesday they had linked the shooting of a jogger in a Paris suburb on the same day as the Charlie Hebdo massacre Coulibaly. In a brief statement, the prosecutor said ballistics tests on shell cases from the shooting Wednesday in Fontenay aux Roses linked them to the automatic weapon at the kosher store stormed two days later. The prosecutor said the jogger was seriously wounded.

Coulibaly's widow, Hayat Boumeddiene, who has been named as an accomplice, is believed to have traveled to a Turkish city near the Syrian border and then all traces of her were lost, according to a Turkish intelligence official, who was not authorized to speak on the record.

Brothers Said and Cherif Kouachi methodically massacred 12 people at the Charlie Hebdo offices, led police on a chase for two days and were then cornered Friday at a printing house near Charles de Gaulle Airport. Separately, Coulibaly shot a policewoman to death and attacked the Paris kosher market, threatening more violence unless police let the Kouachis go. Four hostages died.

Authorities have known the attackers had ties to each other that reached back years and extended from Paris to al Qaeda in Yemen, also known as al Qaeda in the Arabian Peninsula, or AQAP.

CBS News correspondent Bob Orr reports that the three were connected to the same jihadi circle that was trying to recruit fighters to send to Iraq in the 2000s. It is unclear whether the attacks were part of an orchestrated campaign but they officials have said they did run in the same circles.

The operational ties between al Qaeda and ISIS are also unclear, and the two groups have fought each other during the course of the Syrian civil war. Al Qaeda leader Ayman al-Zawahri formally disavowed ISIS in February after it refused to leave Syria.

At the end of the video Coulibaly calls for others to carry out similar attacks.

In Germany, arsonists early Sunday attacked a newspaper that republished Charlie Hebdo's cartoons. Two men were detained. No one was hurt in the fire, but the newspaper Hamburger Morgenpost said several files in its archives were destroyed.