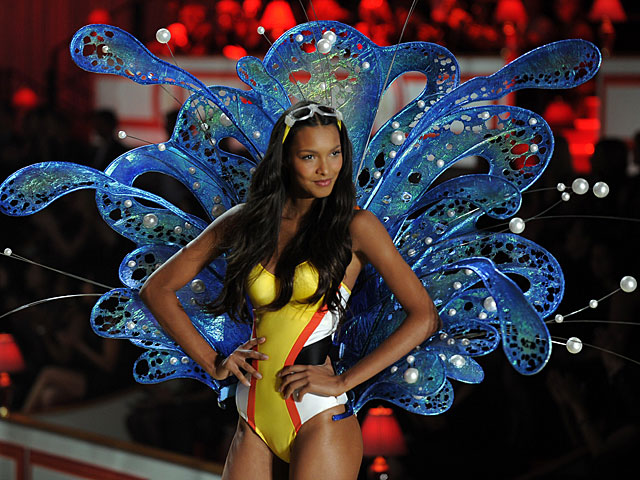 NEW YORK (CBS) The Victoria's Secret annual holiday fashion s how was the hottest ticket in town when it took place in New York two weeks ago, and Tuesday night, TV viewers around the world got to see why.

Newlywed Katy Perry and Akon performed on the runway , but the stars were the "angels" who strutted their stuff in fantasy lingerie on the catwalk. The TV show, which aired on CBS, was interspersed with shots of backstage preparation and celebrities in the audience.

The centerpiece of the production was model and new mom Adriana Lima in a $2 million braby Damiani that featured 1, 542 carats of white diamonds, blue sapphires and blue topaz, all set in 18-carat white gold.