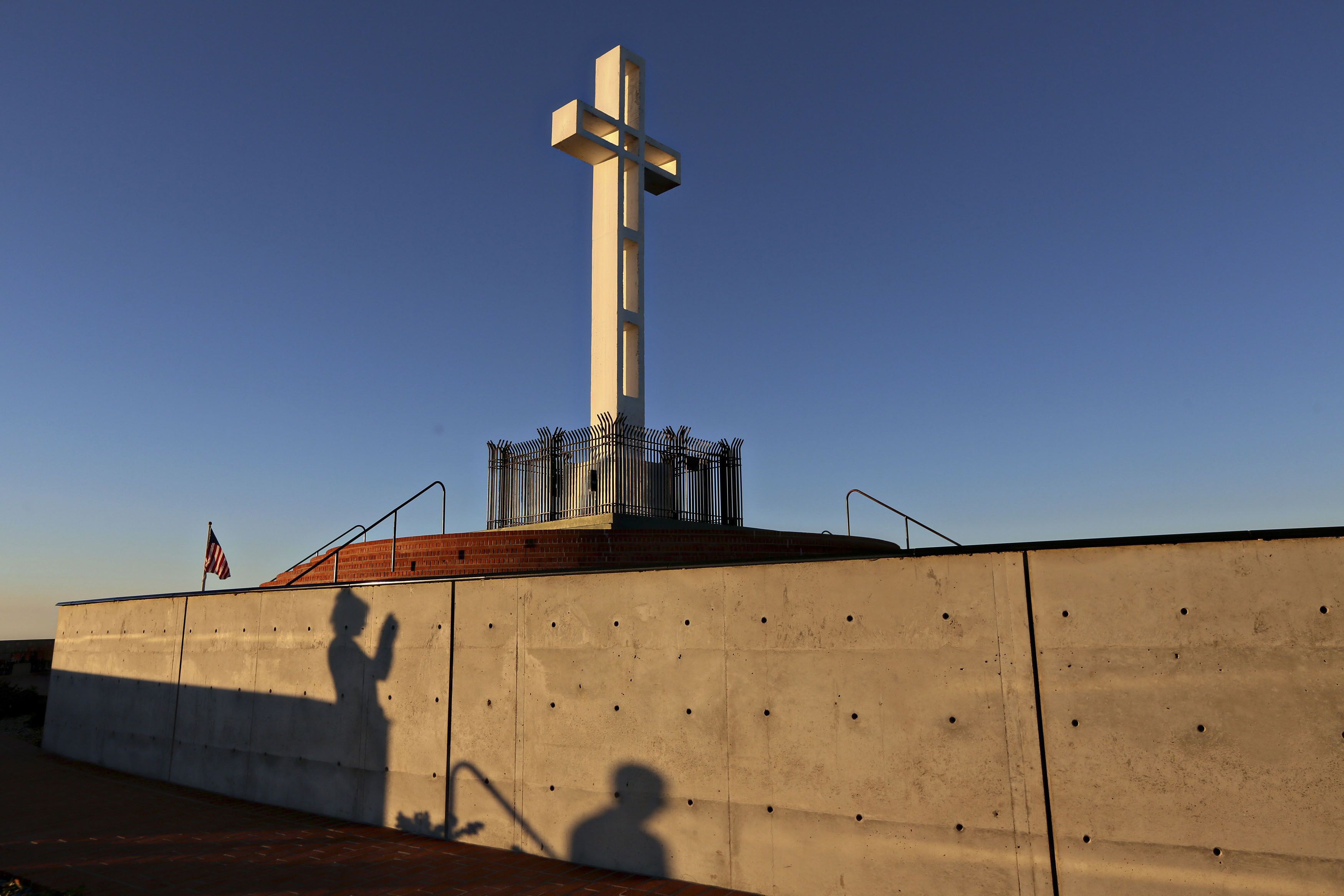 LOS ANGELES - A veterans association that built a massive cross overlooking San Diego as part of a war memorial plans to fight a federal judge's order to tear it down, a lawyer for the group said on Friday.

Attorney Jeff Mateer said he hoped the U.S. Supreme Court, which last year declined to intervene in the 25-year legal battle, will step in now that there has been an order to dismantle the cross, and rule for his clients.

"We are definitely appealing and are committed to preserving this veterans memorial the way it was intended to be, which includes a cross," said Mateer, general counsel for the Liberty Institute, which is representing the Mt. Soledad Veterans Memorial Association in the case.

"The Association is committed to defending this until there is a U.S. Supreme Court decision," Mateer said.

The cross, located between the Pacific Ocean and a major interstate highway, is surrounded by walls displaying granite plaques that commemorate veterans or veterans groups.

On Thursday, U.S. District Judge Larry Burns grudgingly ruled that the 43-foot-tall (13-meter) cross, a local landmark that has stood atop Mount Soledad in San Diego since 1954, must be taken down because the Ninth Circuit Court of Appeals found it violated a constitutional ban on government endorsement of religion.

Burns said in his ruling that he disagreed with the Ninth Circuit but that his hands were tied. He stayed his order to give the veterans group and the Obama administration, which has also fought removal of the cross, time to appeal.

The White House referred calls regarding the case to the U.S. Department of Justice. A DOJ spokesman said attorneys there were reviewing the ruling.

Daniel Mach, director of American Civil Liberties Union's program on freedom of religion and belief who argued the matter for the plaintiffs, hailed Burns' ruling as a "victory for religious liberty."

"We firmly support the government's efforts to honor the service of those who fought and died for this country, but there are many ways to do that without playing favorites with religion," Mach said.

Mateer said the Supreme Court declined to review the case in 2012 on the grounds that there hadn't been a final order issued to remove the cross. But he said that in a similar case involving a cross put up in the Mojave Desert to honor veterans of World War One, the justices ruled that such a memorial did not represent government endorsement of religion.

"What we say is that if you accept the ACLU's argument in the Mount Soledad case, you are jeopardizing hundreds of veterans memorials across the country, including those at Arlington National Cemetery," he said.

The Mount Soledad monument, which replaced an earlier cross erected on the same spot in 1913, has been the subject of litigation since 1989, when two veterans sued San Diego to get it off city land.

In 2006, Congress intervened in the dispute, resulting in the federal government taking ownership of the property.

A group of plaintiffs, including the Jewish War Veterans of the United States of America, then sued. The Ninth Circuit ruled that the dominance of the cross conveyed a message of government endorsement of religion.