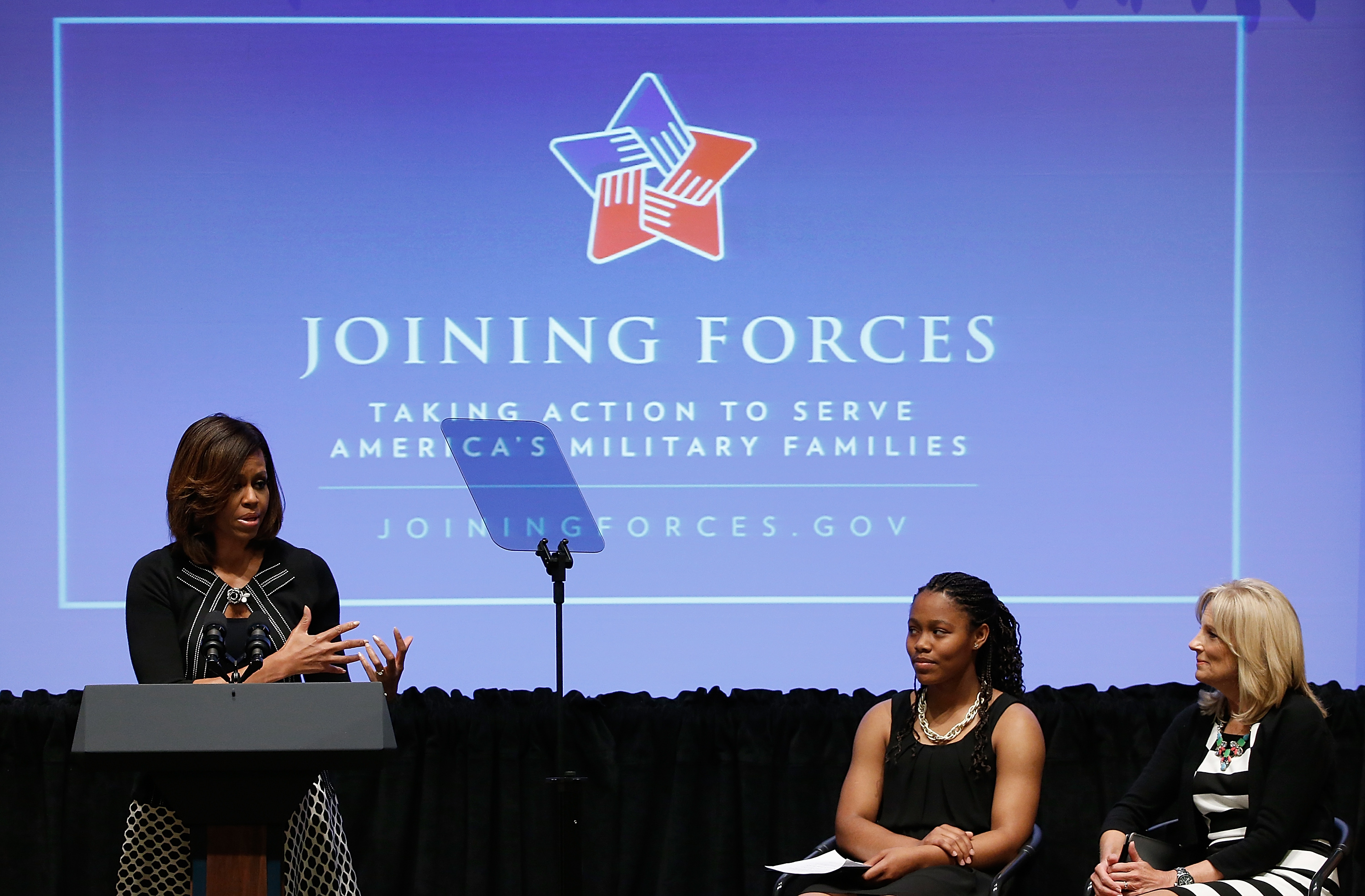 WASHINGTON First lady Michelle Obama announced pledges from foundations and corporations totaling more than $160 million Wednesday to help veterans and their families get the services they need as the country adjusts to a postwar footing.

Calling this a "pivotal moment for our military families and for our country" as the war in Afghanistan ends, the first lady said military families should never have to face the challenges associated with the transition to civilian life alone.

Appearing at a conference of philanthropic groups, Mrs. Obama warned that with fewer homecoming videos and welcome-home parades for returning troops likely in future years, "we cannot allow ourselves to forget their service to our country. ... We've got to show our military families that our country is there for them not just while they're in uniform but for the long haul."

Paul Rieckhoff, CEO and founder of the Iraq and Afghanistan Veterans of America, noted that the launch comes after reports that up to 40 patients at the Phoenix Veterans Affairs Health Care Center may have died because of care delays.

"The Phoenix tragedy, Fort Hood shooting and the latest Pentagon suicide numbers all sadly underscore the urgent need for a sustained, national effort to ensure all our vets get the care and support they deserve," Rieckhoff said in a statement. "This challenge is much more than the government can handle alone. These leading foundations have made a bold, visionary commitment."

Vikki Spruill, CEO of the Council on Foundations, said those making pledges would work in areas including homelessness, employment, training, education and community integration. The council also is creating an online Veterans Philanthropy Exchange to help charitable organizations share ideas and information on how to help military families.

Donald Cooke, the Robert R. McCormick Foundation's senior vice president for philanthropy, said philanthropies are a key resource for veterans because of their presence in communities around the nation. He called foundations and corporations with a stake in their communities "the secret to how we're going to help our veterans come home."

The announcement is part of a series of events marking the third anniversary of Joining Forces, the initiative created by Mrs. Obama and Mrs. Biden to support military families and veterans.