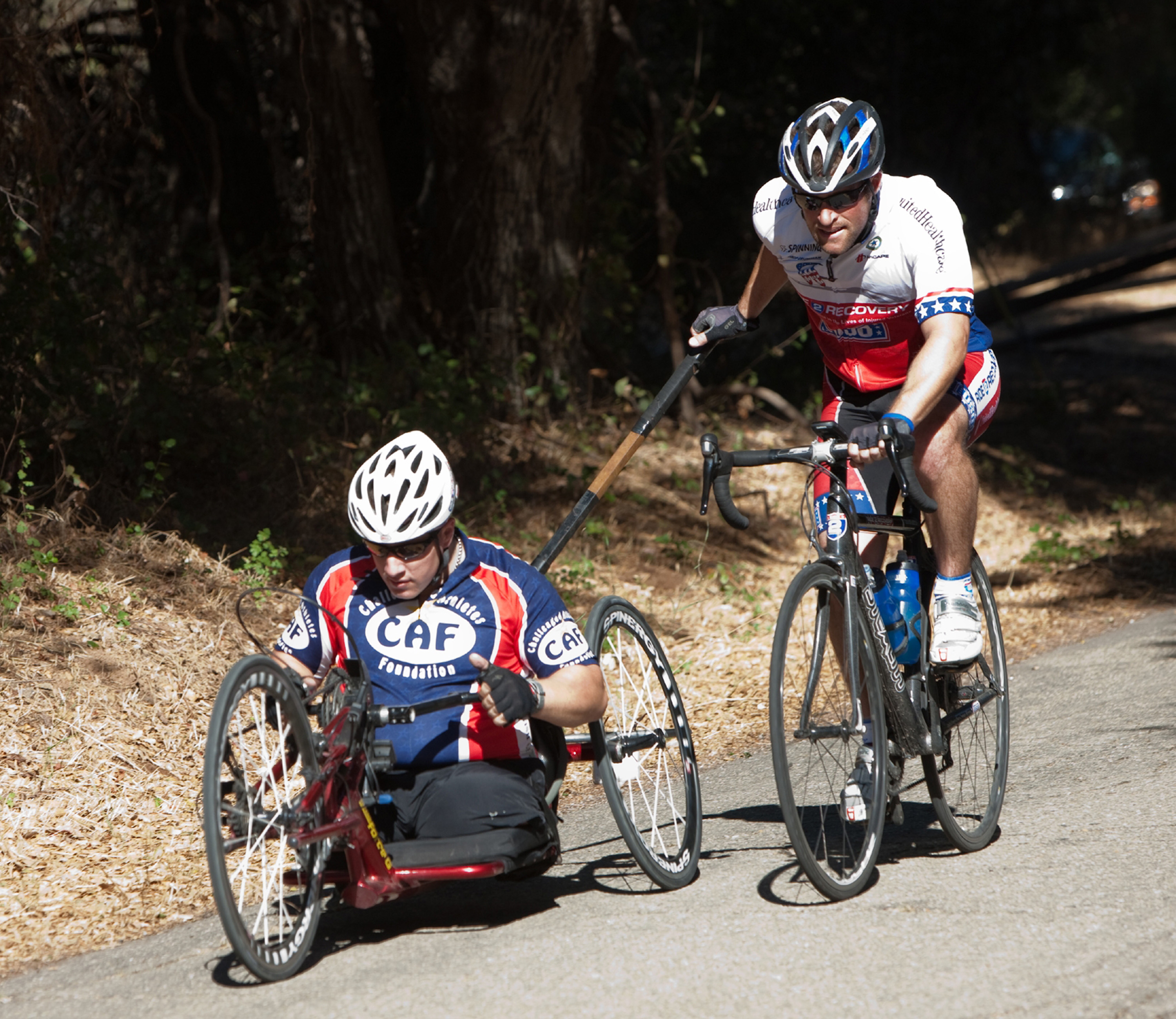 WASHINGTON - Handsome and friendly, Clay Hunt so epitomized a vibrant Iraq veteran that he was chosen for a public service announcement reminding veterans that they aren't alone.

The 28-year-old former Marine corporal earned a Purple Heart after taking a sniper's bullet in his left wrist. He returned to combat in Afghanistan. Upon his return home, he lobbied for veterans on Capitol Hill, road-biked with wounded veterans and performed humanitarian work in Haiti and Chile.

Then, on March 31, Hunt bolted himself in his Houston apartment and shot himself.

Friends and family say he was wracked with survivor's guilt, depression and other emotional struggles after combat.

Hunt's death has shaken many veterans who served in Iraq and Afghanistan. Those who knew him wonder why someone who seemed to be doing all the right things to deal with combat-related issues is now dead.

"We know we have a problem with vets' suicide, but this was really a slap in the face," said Matthew Pelak, 32, an Iraq veteran who worked with Hunt in Haiti as part of the nonprofit group Team Rubicon.

After news of Hunt's death spread, workers from the Tragedy Assistance Program for Survivors met with veterans visiting Washington for the annual lobbying effort by the nonprofit Iraq and Afghanistan Veterans, or IAVA. A year earlier, Hunt had been with other veterans in dark suits calling on Congress to improve the disability claims process.

He had appeared in the group's ads encouraging veterans to seek support from an online network of fellow veterans.

Snapshots posted on Facebook reflect a mostly grinning Hunt. In one, he has a beard and is surrounded by Haitian kids. A second shows him on the Capitol steps with fellow veterans. There's a shot of him from the back on a bike using his right arm to help push another bicyclist who is helping to guide an amputee in a specially modified bike.

Friends and family say Hunt suffered from depression and post-traumatic stress disorder. But with his boundless energy and countless friends, he came across as an example of how to live life after combat.

"I think everybody saw him as the guy that was battling it, but winning the battle every day," said Jacob Wood, 27, a friend who served with Hunt in the Marines and in Haiti with Team Rubicon.

But some knew he was grieving over several close friends in the Marines who were killed in Iraq and Afghanistan.

"He was very despondent about why he was alive and so many people he served with directly were not alive," said John Wordin, 48, the founder of Ride 2 Recovery, a program that uses bicycling to help veterans heal physically and mentally.

In 2007, while in Iraq with the Marine's 2nd Battalion, 7th Regiment, Hunt heard over the radio that his 20-year-old bunkmate had died in a roadside bombing. Hunt later wrote online about sleeping in his bunkmate's bed. "I just wanted to be closer to him, I guess. But I couldn't — he was gone."

A month later, Hunt was pinned by enemy fire in his truck as a fellow Marine, shot in the throat by a sniper, lay nearby. Hunt wrote that seeing his friend placed in a helicopter, where he died, is "a scene that plays on repeat in my head nearly every day, and most nights as well."

Three days later, a sniper's bullet missed Hunt's head by inches and hit his wrist. He didn't immediately leave Iraq. His parents say Hunt asked to fly to a military hospital in Germany a day later so he could accompany a fellow Marine who was shot in both legs.

"I know he's seen some traumatic stuff in his time and I guess he holds that to himself," said Marine Sgt. Oscar Garza, 26, who served with Hunt in Iraq. "He was a very compassionate Marine, a very passionate person, one of the few people that I know that has a big heart and feels a lot of people's pain and makes it his own."

Hunt's mother, Susan Selke, said after Hunt was wounded, she'd hoped her son would get out of the military. Instead, he went to school to be a scout-sniper and went to Afghanistan. He seemed to do well. He was honorably discharged in 2009, married and enrolled at Loyola Marymount University in Los Angeles.

He was frustrated by the Veterans Affairs Department's handling of his disability claim. He also piled up thousands of dollars in credit card debt as he waited for his GI Bill payments. Hunt found an outlet to help improve the system by doing work with IAVA. He helped build bikes for Ride 2 Recovery and participated in long rides.

Using his military training, he went to Haiti several times and Chile once to help with the countries' earthquake relief efforts. He proudly told his parents of splinting an infant's leg, and after meeting a young orphaned boy in Haiti named D'James, tried to persuade his family to adopt him.

"If I had one thing to say to my fellow veterans, it would be this: Continue to serve, even though we have taken off our uniforms," Hunt wrote in an online testimonial for Team Rubicon. "No matter how great or small your service is, it is desired and needed by the world we live in today."

Hunt's friends say he was an idealist and voiced frustration that he couldn't make changes overnight. He also questioned why troops were still dying.

"He really was looking for someone to tell him what it was he went over to do and why those sacrifices were made," Wood said.

Last year, Hunt's life took a downward spiral. His marriage ended, he dropped out of school and he began to have suicidal thoughts, his mother said. She said Hunt sought counseling from the VA and moved in temporarily with Wordin in California.

Things seemed to improve for Hunt in recent months after he returned to his hometown of Houston to be near family.

He got a construction job, leased an apartment, bought a truck and began dating. He called friends to discuss the possibility of re-enlisting. In the days before he died, he hung out with friends, and he had plans the following weekend to do a Ride 2 Recovery bike ride. He even told Garza he couldn't wait to see him at a Fourth of July reunion with other Marines.

Then he was dead.

"Clay was always a fighter," Wordin said. "He was always a guy to stick things out and he basically quit life, and I was mad that he felt he had to do that at that particular time."

Hunt's friends and family count him a casualty of war — just like his buddies who died in the battlefield.